The five-storied pagoda To-ji is symbol of Kyoto. It's highest pagoda in Japan, measuring 57 m. It was built by Kobo-daishi in 826 and burned down four times after being struck by lightning. The present pagoda was built by the third Tokugawa Shogun Iemitsu in 1644.

Inside are placed the images of Four Buddhas and their followers, the eight great Bosatsu. 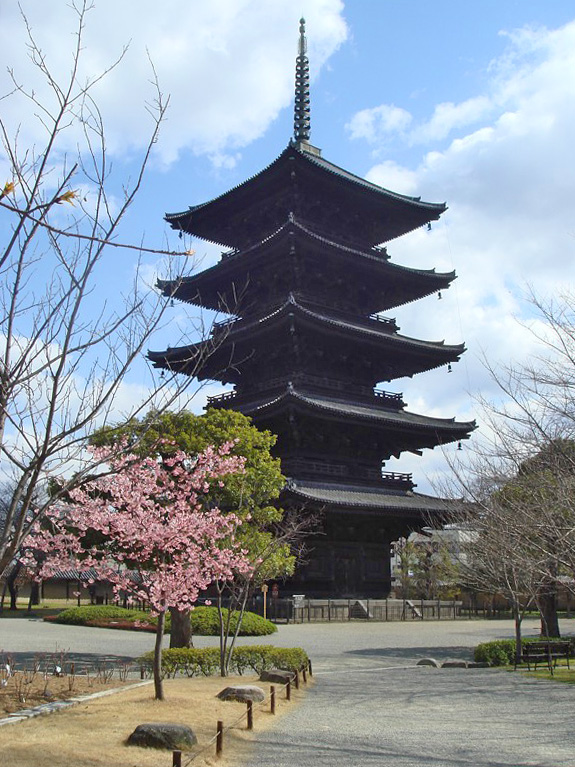 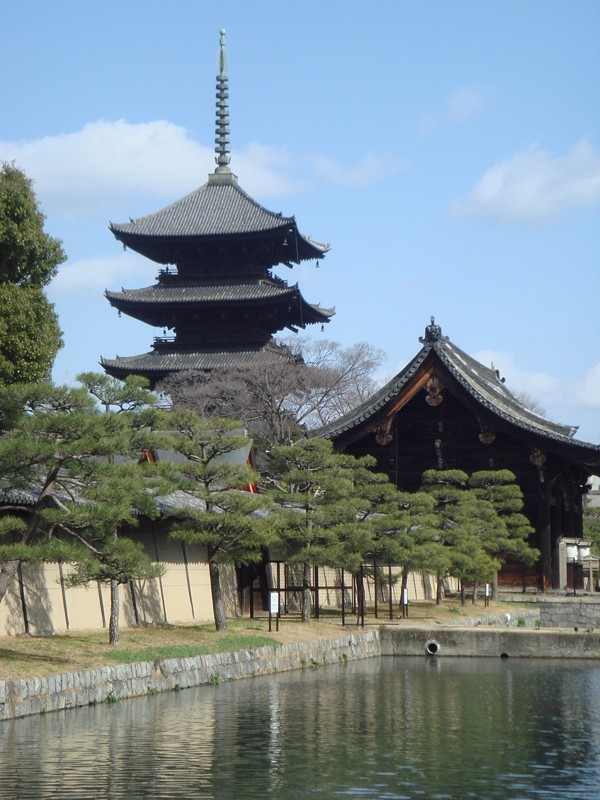 In the 13th year of Enryaku (794) the Emperor Kammu transferred the capital of this country from Nara to Kyoto and he built, after the model of Changan, the then capital of China, two huge guardian temples on the east and west side of the Кajyo-mon which was the southern gateway to Kyoto. They are Toji Temple (East Temple) and Saiji Temple (West Temple). 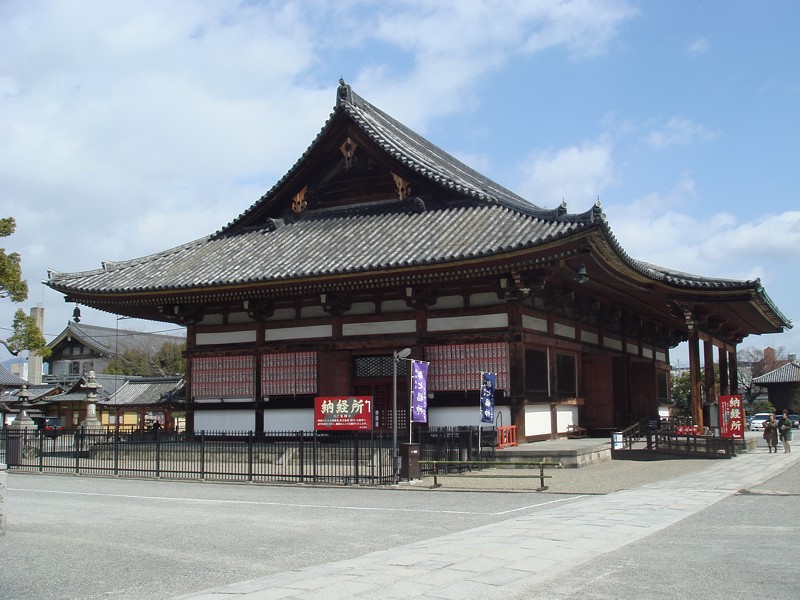 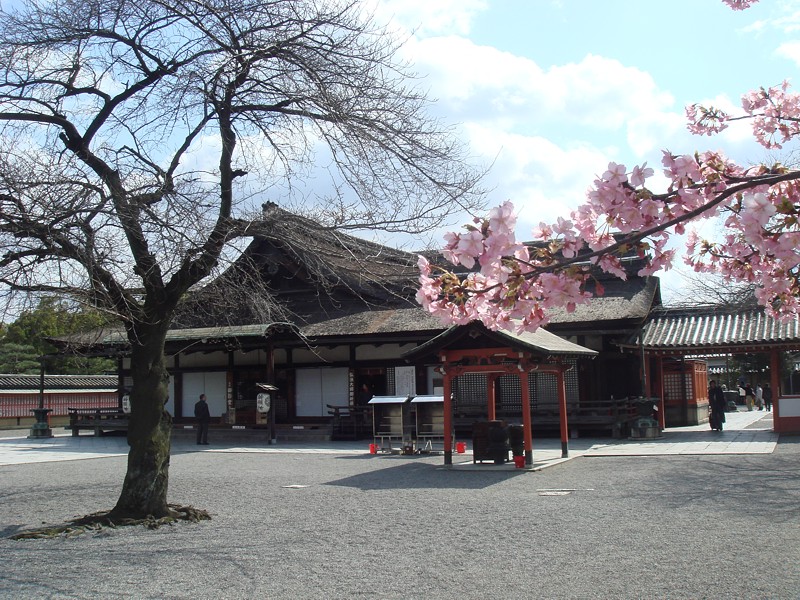 About thirty years later the Emperor Saga honoured Kukai (774–835; founder of Shingon Buddhism) with Toji Temple and gave it the official name Kyo-o-gokokuji, which means the temple that guards the capital and the land by virtue of Ninno-gokoku-kyo (the main sutra of the Shingon sect). Kukai made Toji the central seminary of Esoteric Buddhism and added various other building to it. It retains its original layout and architectual style and is known as a treasure house of Esoteric Buddhism art, due to its large number of cultural assets brought back from China such as old Buddhist statues, carvings, magnificent paintings, artistic handicrafts, etc. 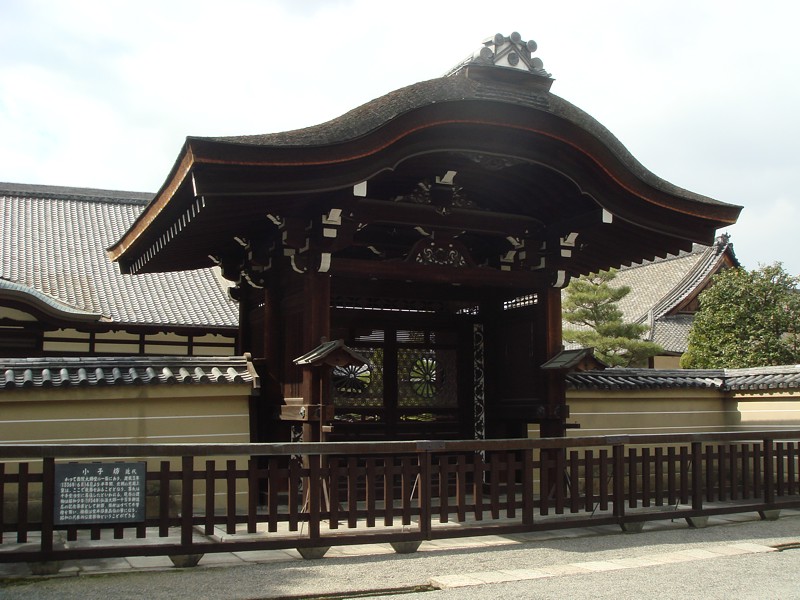 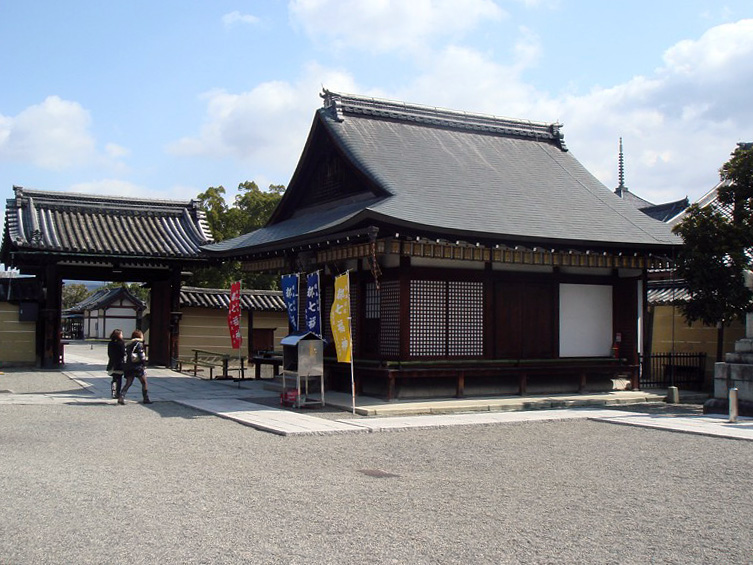 The double roofed irimoya-style Kon-do is the biggest building in Toji. The raised central part of the lower roof offsets the regularity of the front view of the building. Here the Tenjiku (old Indian) style is introduced into the traditional Japanese architectural style. 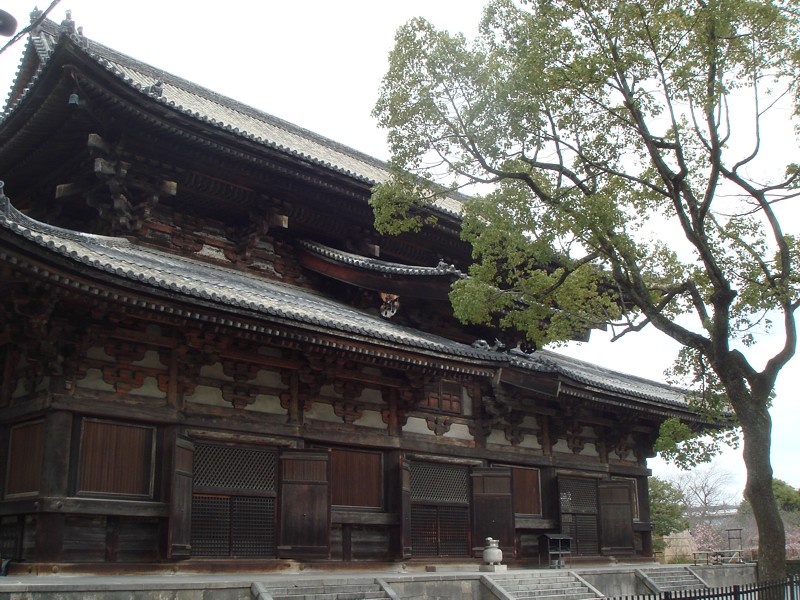 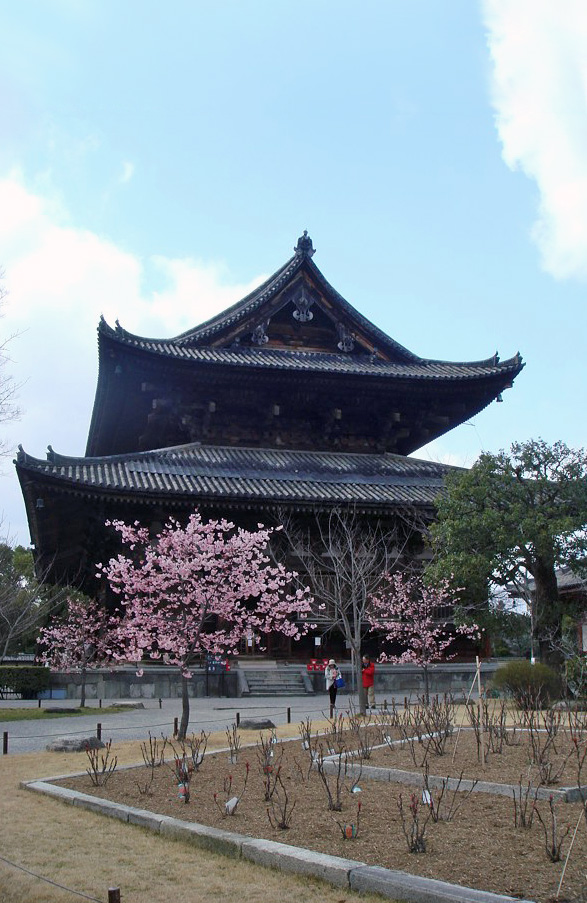 Ko-do (Lecture Hall) was started by Kukai in 825 and completed in 835. It was heavily damaged by typhoons and earthquakes and repaired many times. It was burnt down in 1486, but reconstructed by Toyotomi Kitanomandokoro during the Keicho period (1596-1615); it retains its original elegant appearance.

Set of twenty-one Buddhist statues installed in the Lecture Hall. 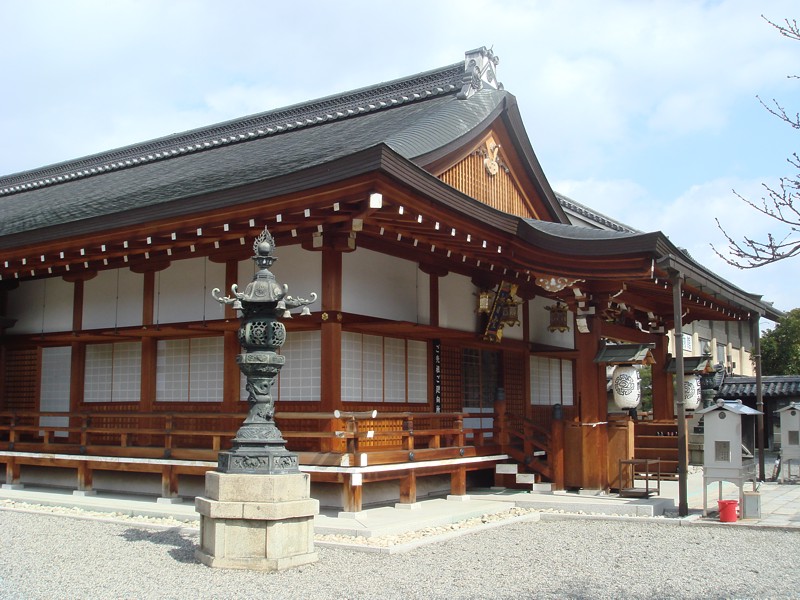 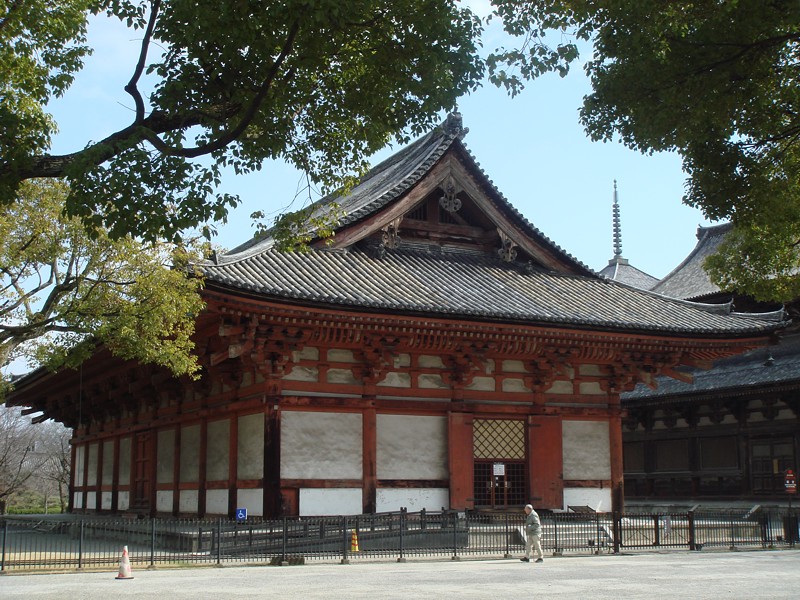 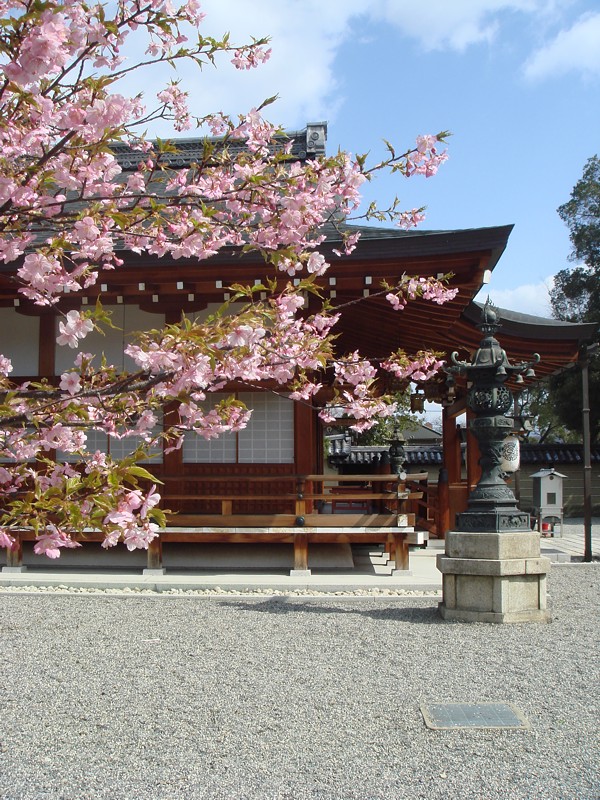 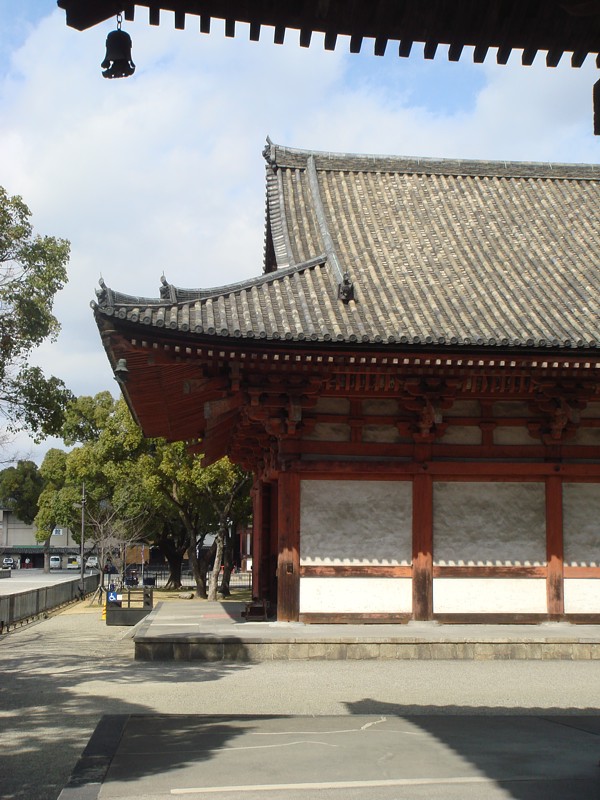 The grounds feature a garden and pond, in which turtles and koi swim. 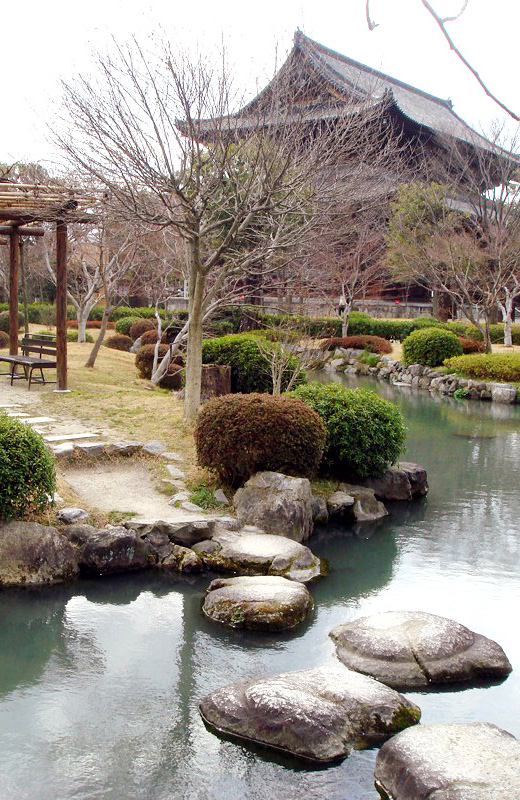 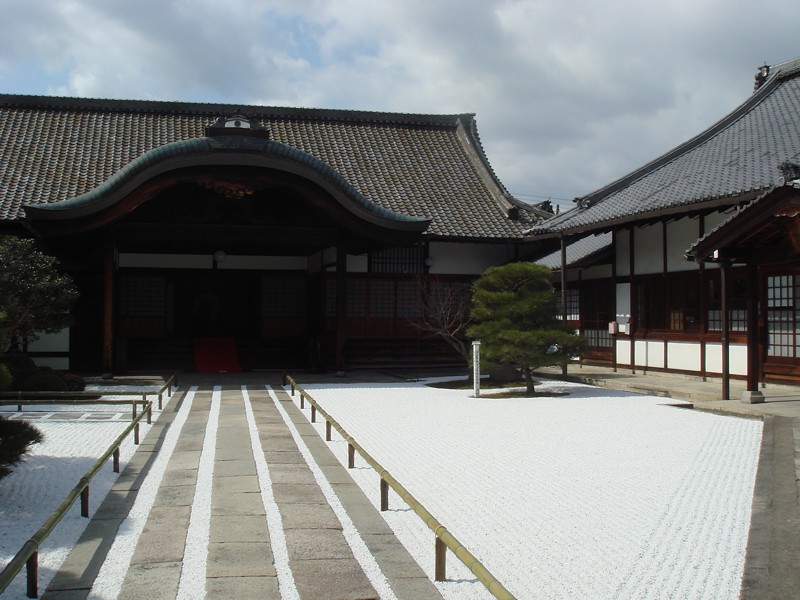