In 1333 Norimura Akamatsu, the ruler of Harima District, built a fort, and in 1346 his son, Sadanori built premises, later the Kotera and Kuroda clans ruled this area. Later some scholars say the original castle was built in the middle of the 16th century when Shigetaka Kuroda and his son, Mototaka Kuroda ruled the district. 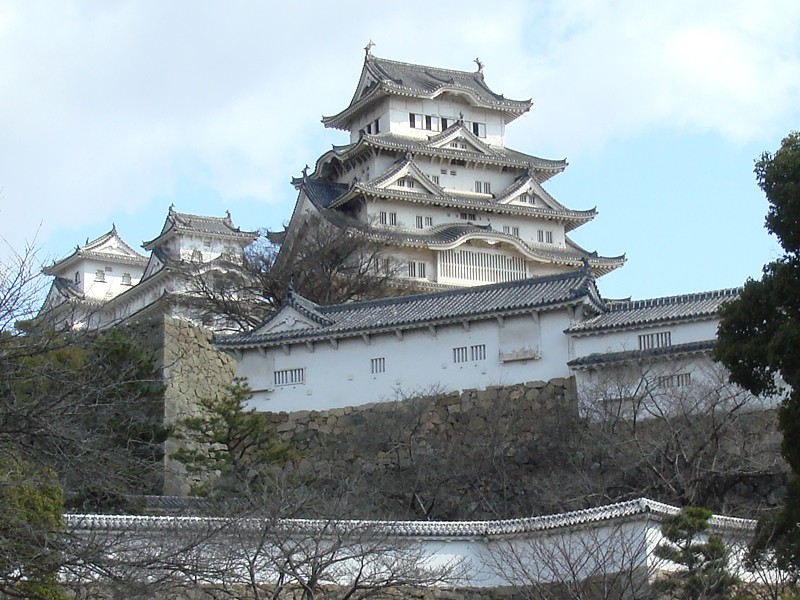 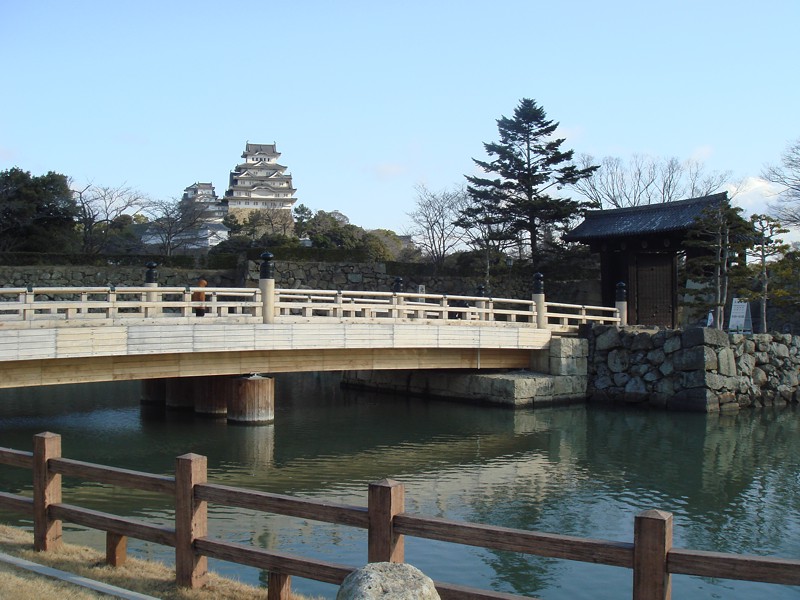 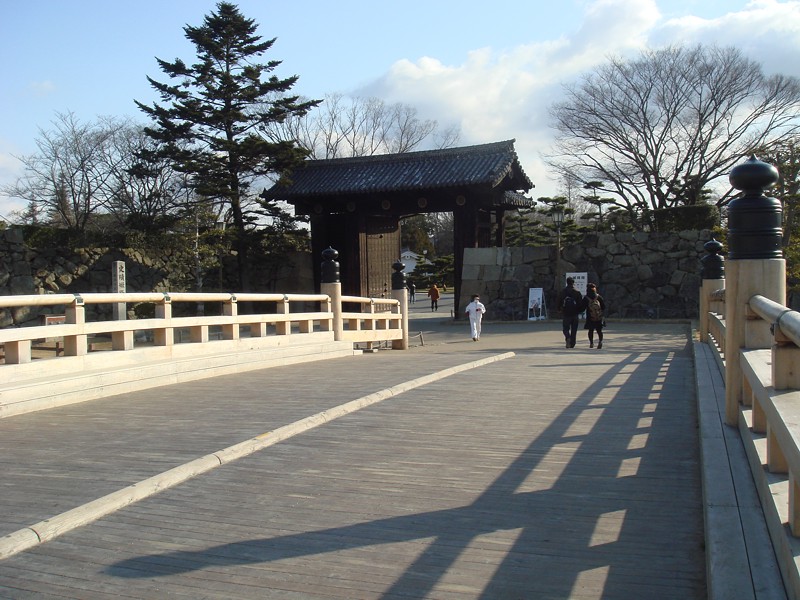 When Kanbei Yoshitaka Kuroda ruled the district, Hideyoshi Hashiba came to the castle in order to build hisown three-storied castle. Later Hideyoshi Hashiba and later lesada Kinoshita succeeded to the castle. After Sekigahara Civil War the lord named Terumasa Ikeda, son-in-law of the Shogun Leyasu Tokugawa moved into the castle to rule. In 1601 Terumasa Ikeda started digging three moat around the castle building and completed the whole castle complex as it is in 1609. The outer moat is just north of J.R. Himeji Station today. After the Ikedas, Tadamasa Honda added some building in West Bailey. Such a wonderful magnificent castle we enjoy today entirely finished in 1618. 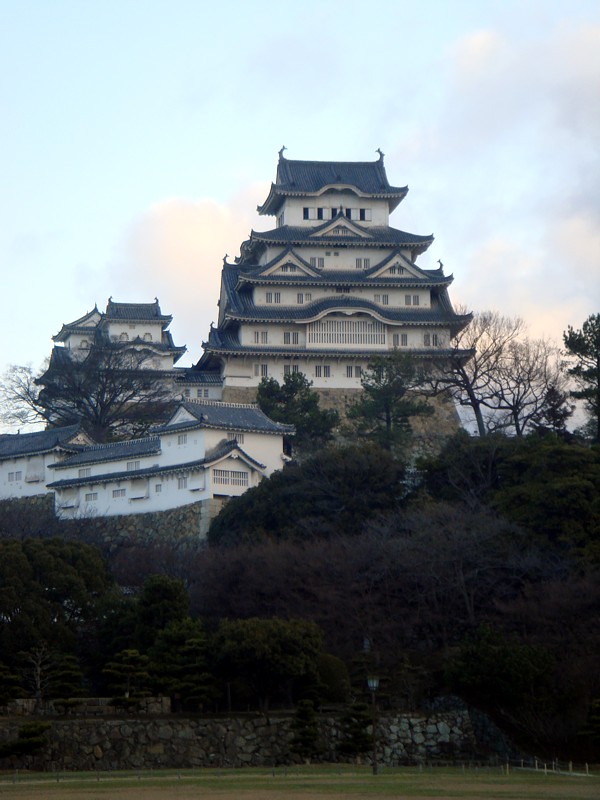 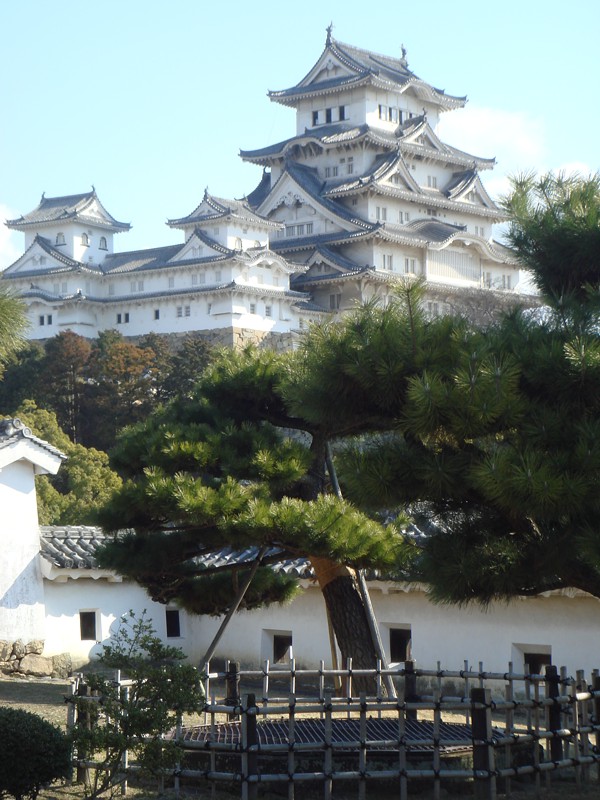 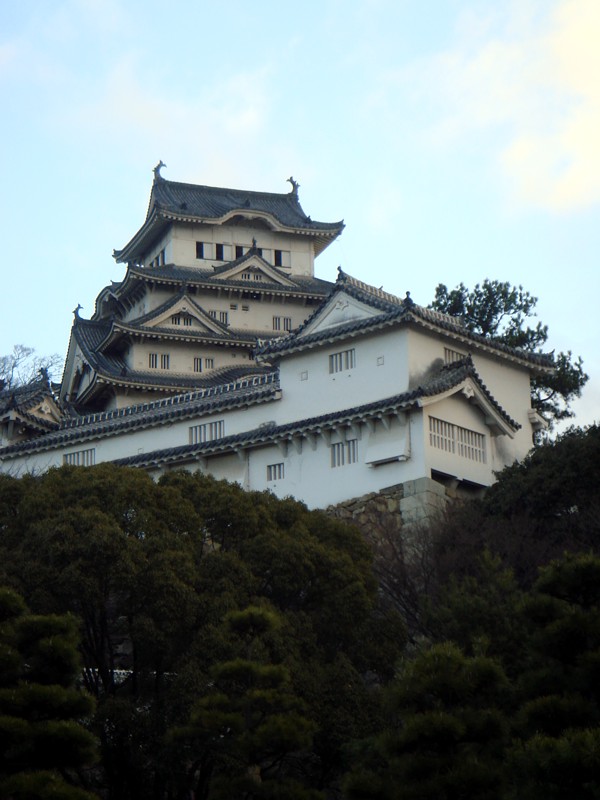 In 1992 Himeji Castle, Horyuji Temple and its attached building were recommended for the World Heritage in Japan. 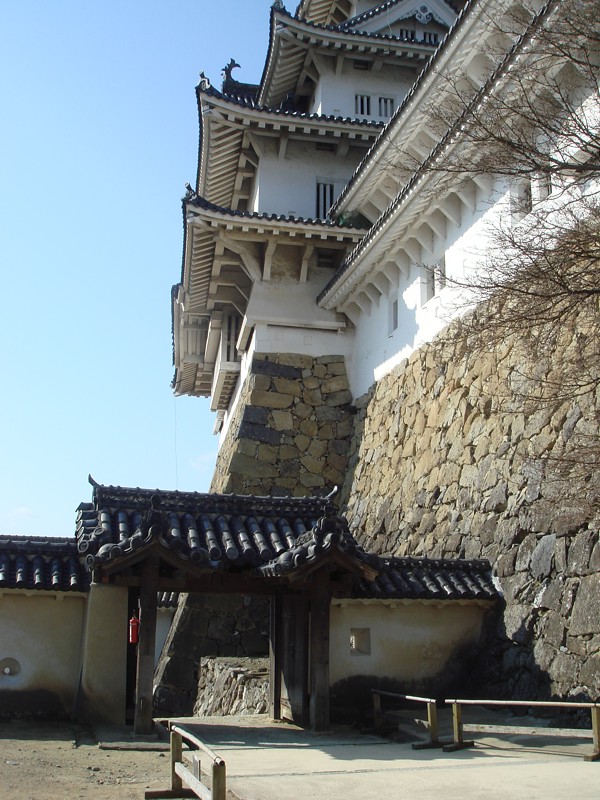 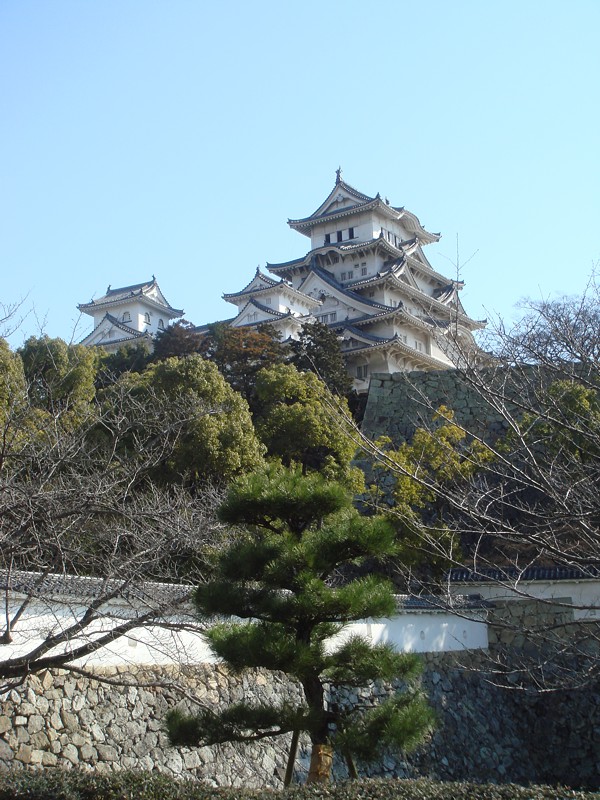 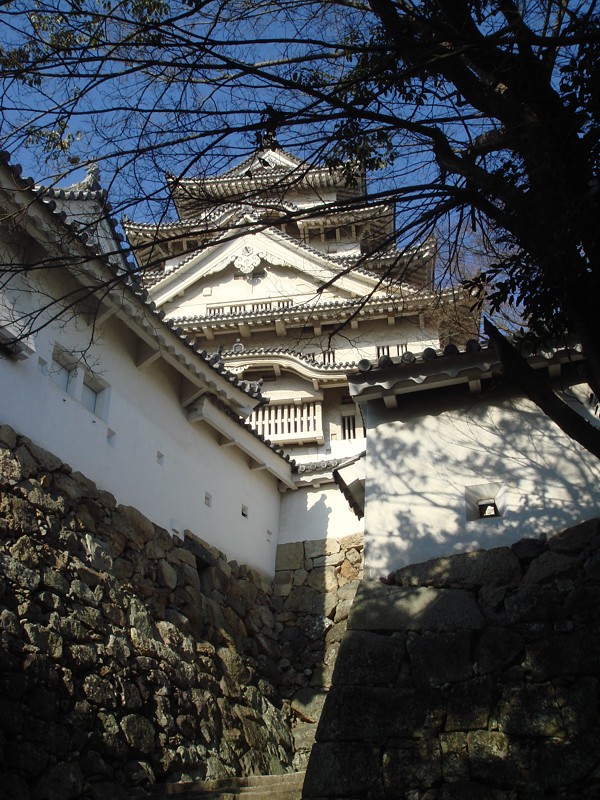 The stone walls of the castle have a slight curve at the corner. They look like open fans. That is why these curves have been called 'Fan Curves'. The stone walls were built in the 'Random Style'. At the corners the larger square stones were piled on top of one another: this form of construction was called 'Trimmed Style'. 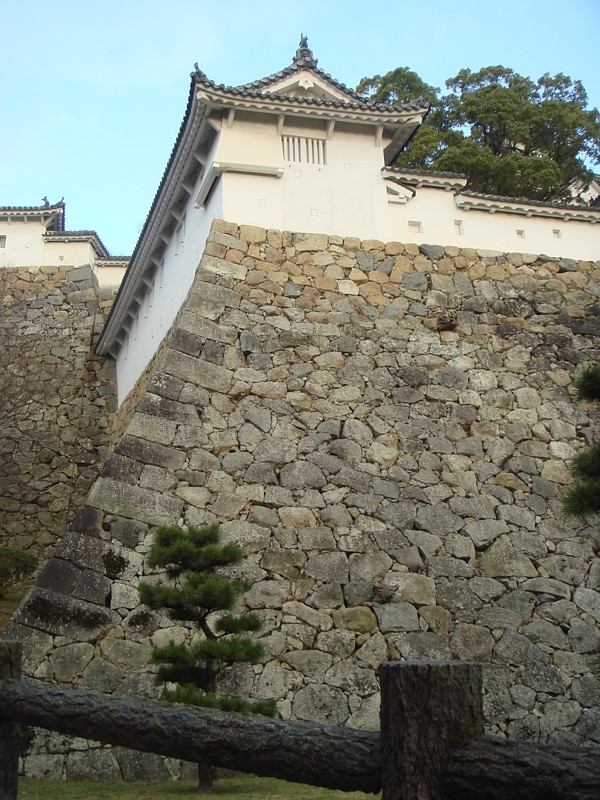 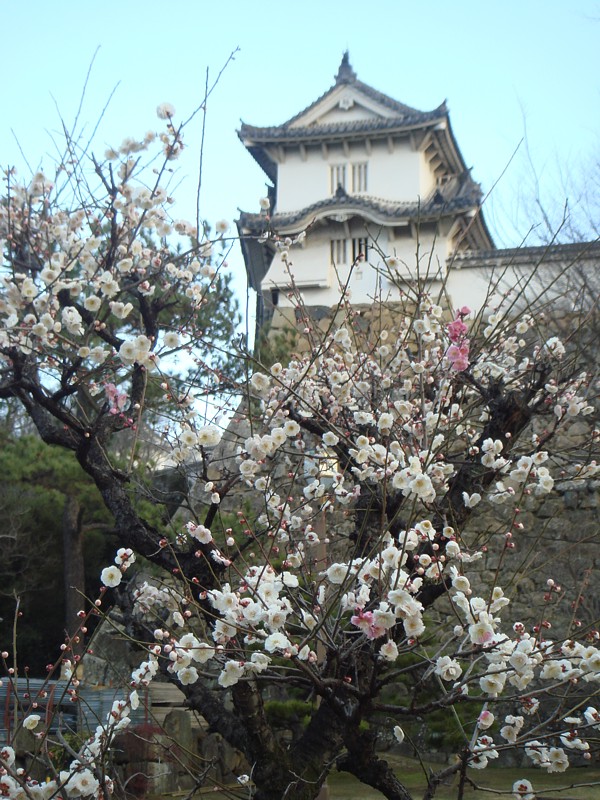 Inside the Main Tower. 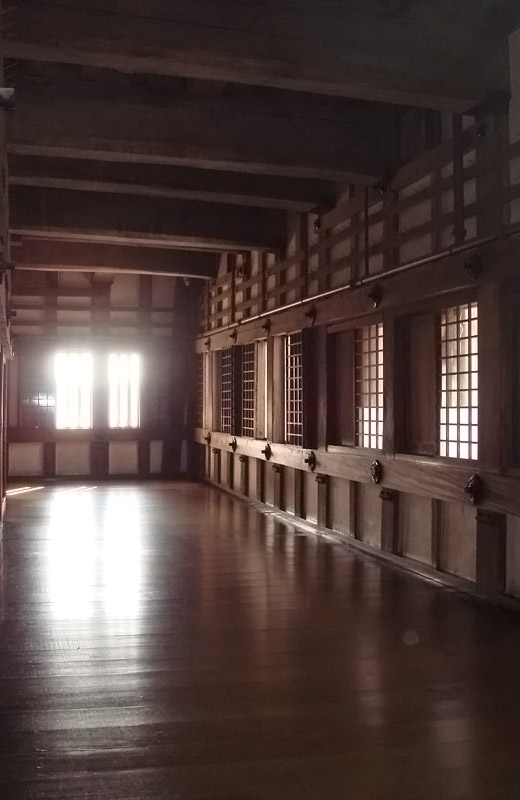 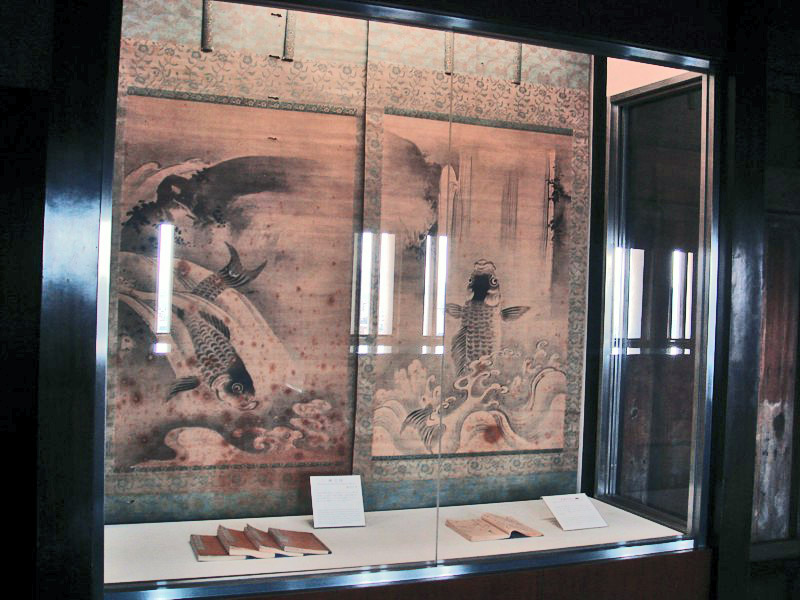 There is a famous legend that a great swordsman named Musashi Miyomoto killed haunting there.

A castle gargoyle - a tiger-headed fish, called kinshachi, is used as a talisman for fire prevention. 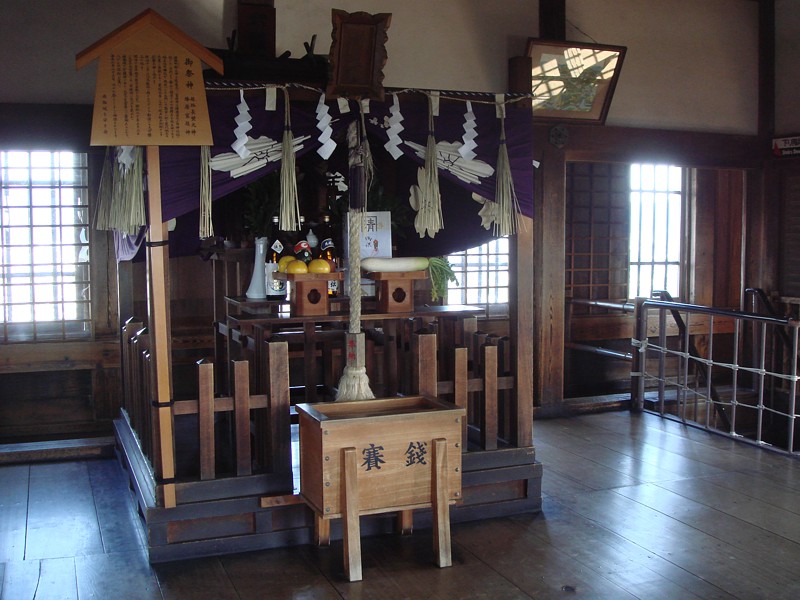 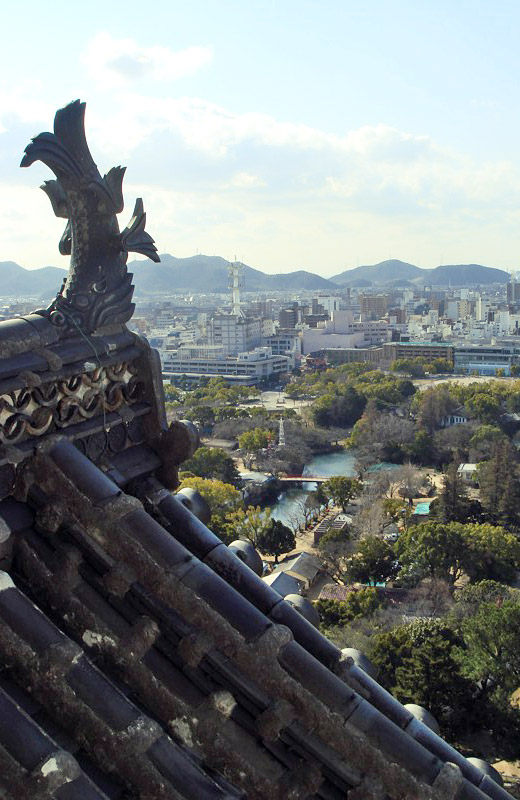 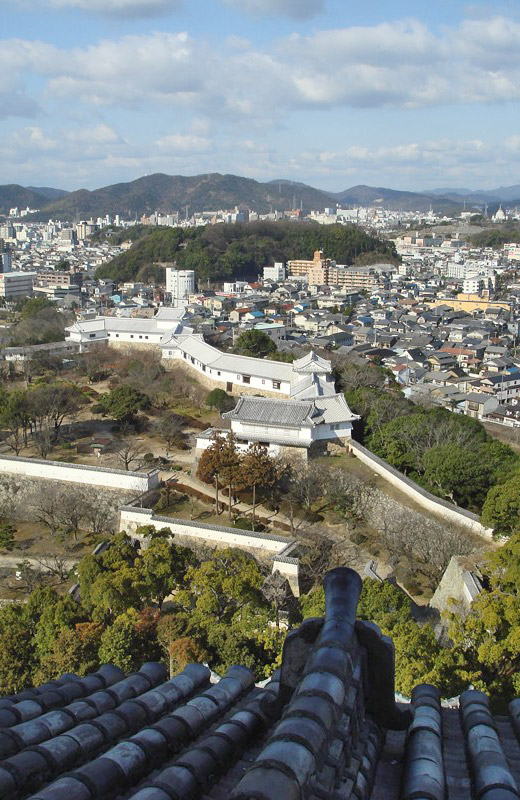 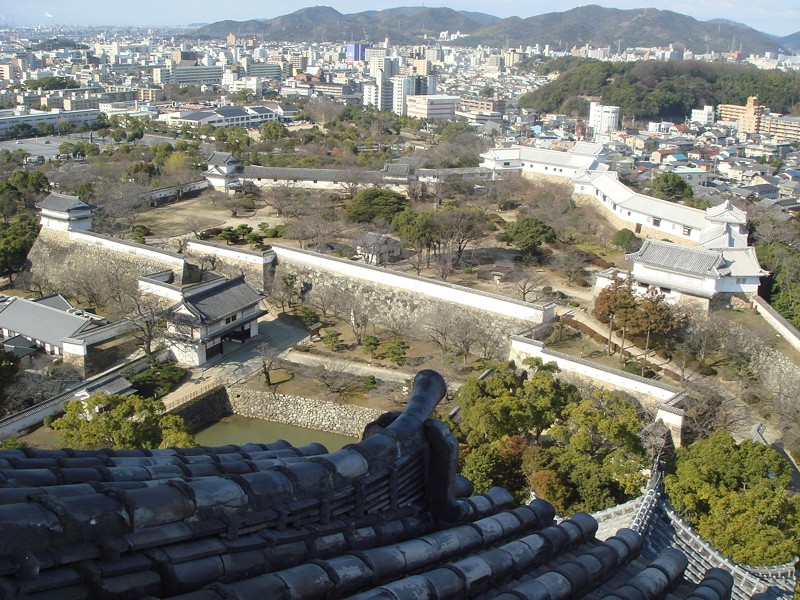 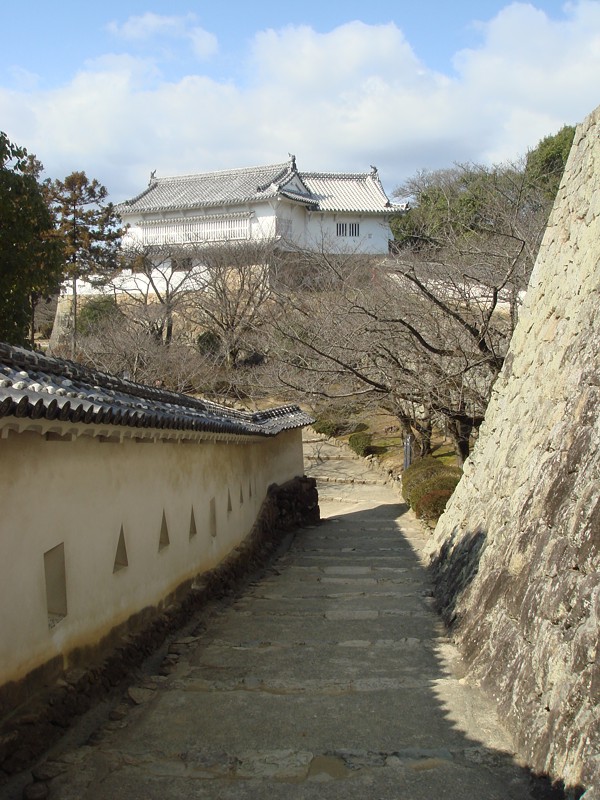 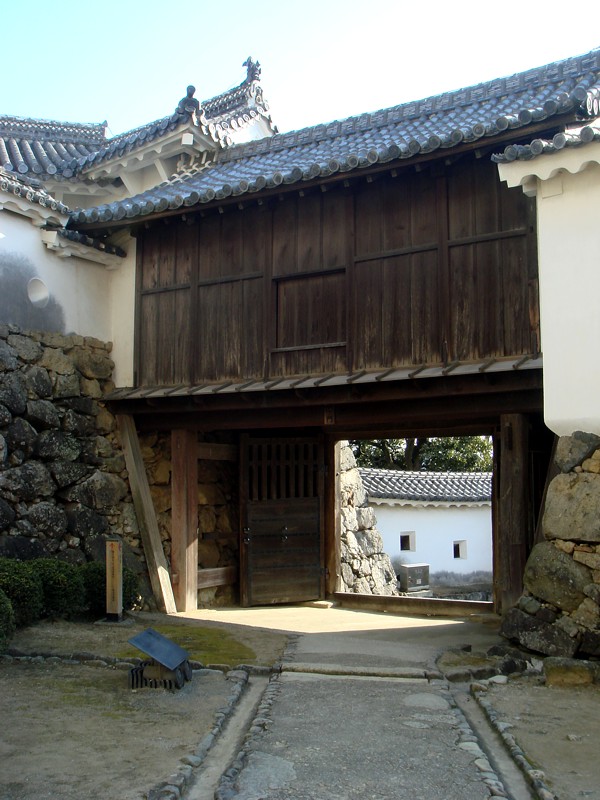 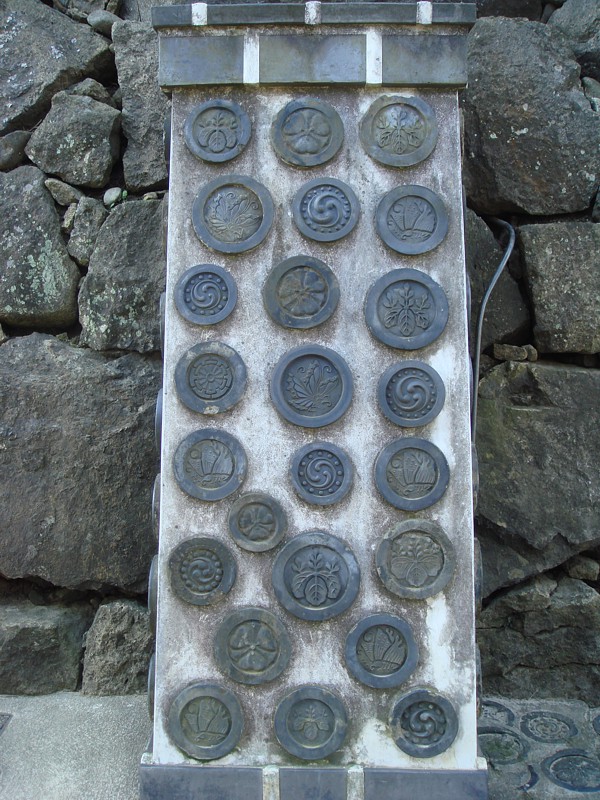 The structure of this building implies a place for 'Harakiri' or 'Seppuku'. the samurai's ritual suicide. This place is the place for ''Seppuku'. The well near the building seems to have been used for washing a beheaded. But in reality, the building was one of the most important defensive post protecting the rear gate. 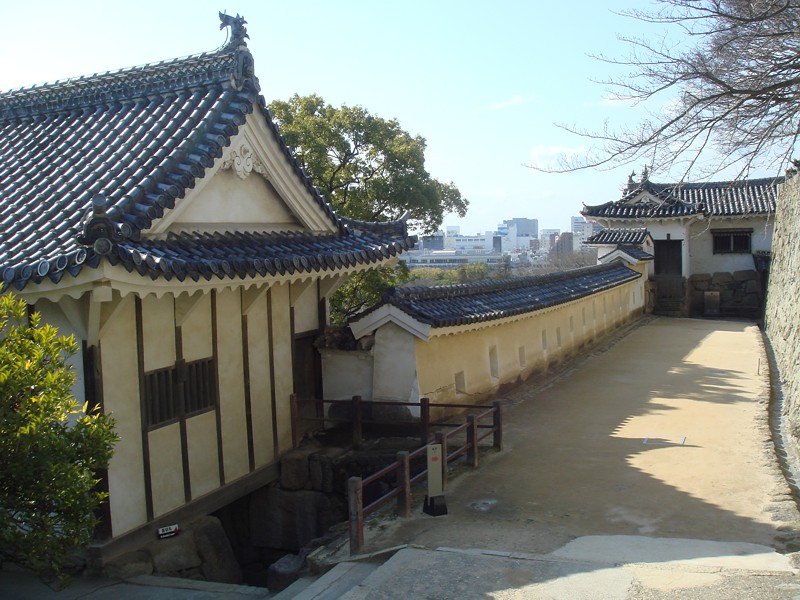 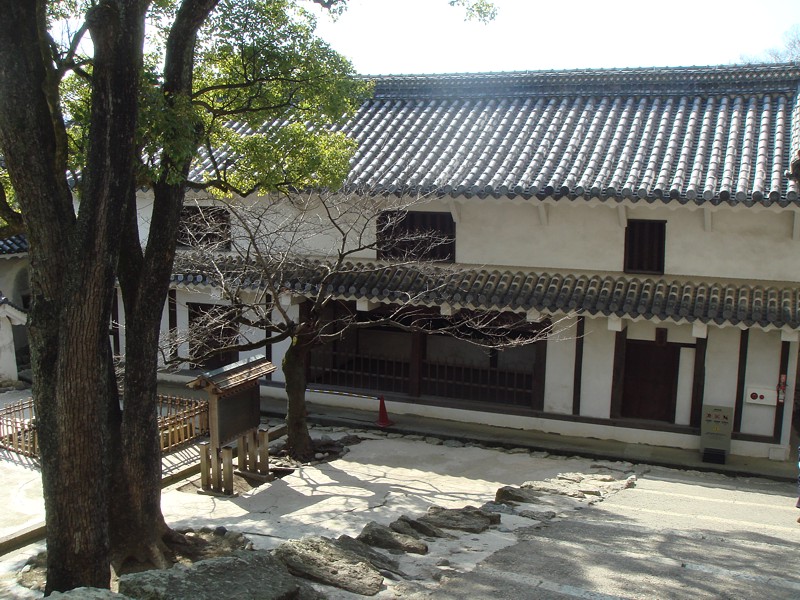 Princess 'Sen', the eldest daughter of the second 'Shogun' in the Tokugawa Government married Tadatoki Honda, the son of Lord Tadamasa Honda. The couple spent happy days in the west bailey building. Cosmetic Tower and Long Corridor remind us of her happy days. 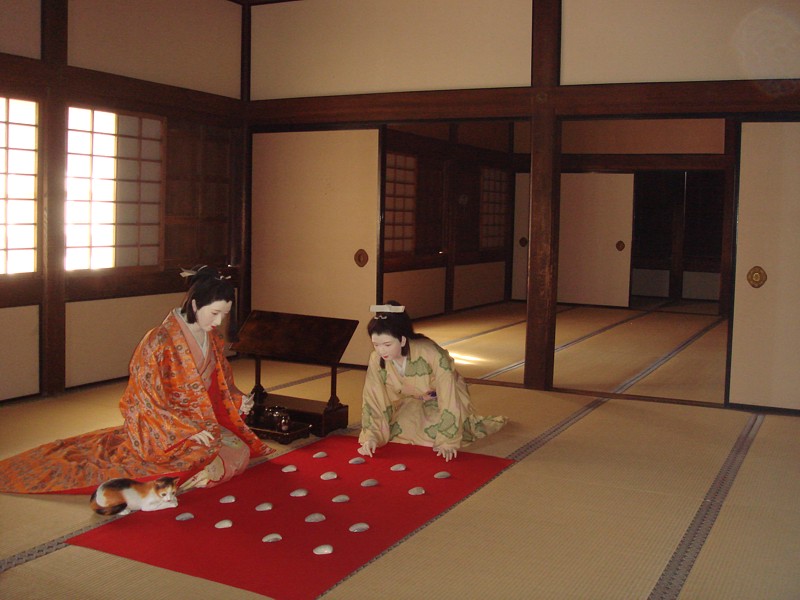 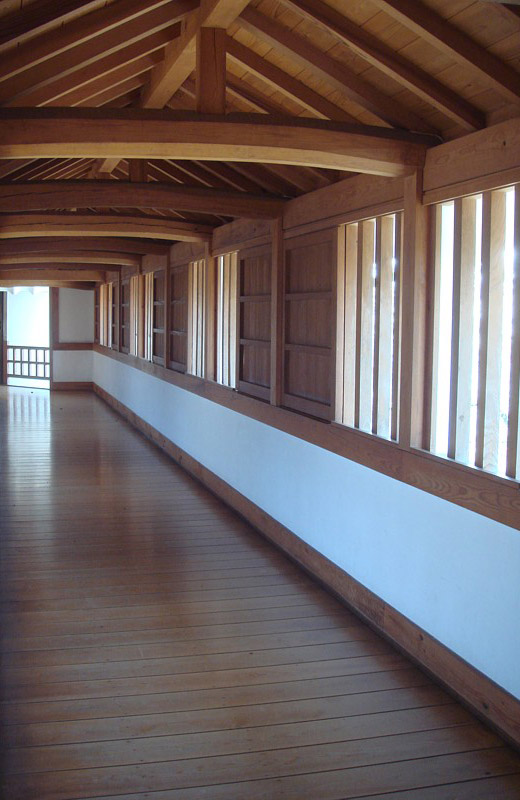