Nijo Castle was originally built in 1603 as the official Kyoto residence of the first Tokugawa Shogun, Ieyasu. The castle celebrated its 400th anniversary in 2003. The castle was designated as an UNESCO World Heritage Site in 1994.

It was completed in 1626 by the third Tokugawa Shogun, Iemitsu, with the addition of some structures transferred from Fushimi Castle (built in Momoyama period; 1573-1614). Nijo Castle is one of the finest examples of the early Edo period and the Momoyama culture in Japan as it also makes splendid use of the early Edo period building designs, lavish paintings, and carvings that Iemitsu generously commissioned. 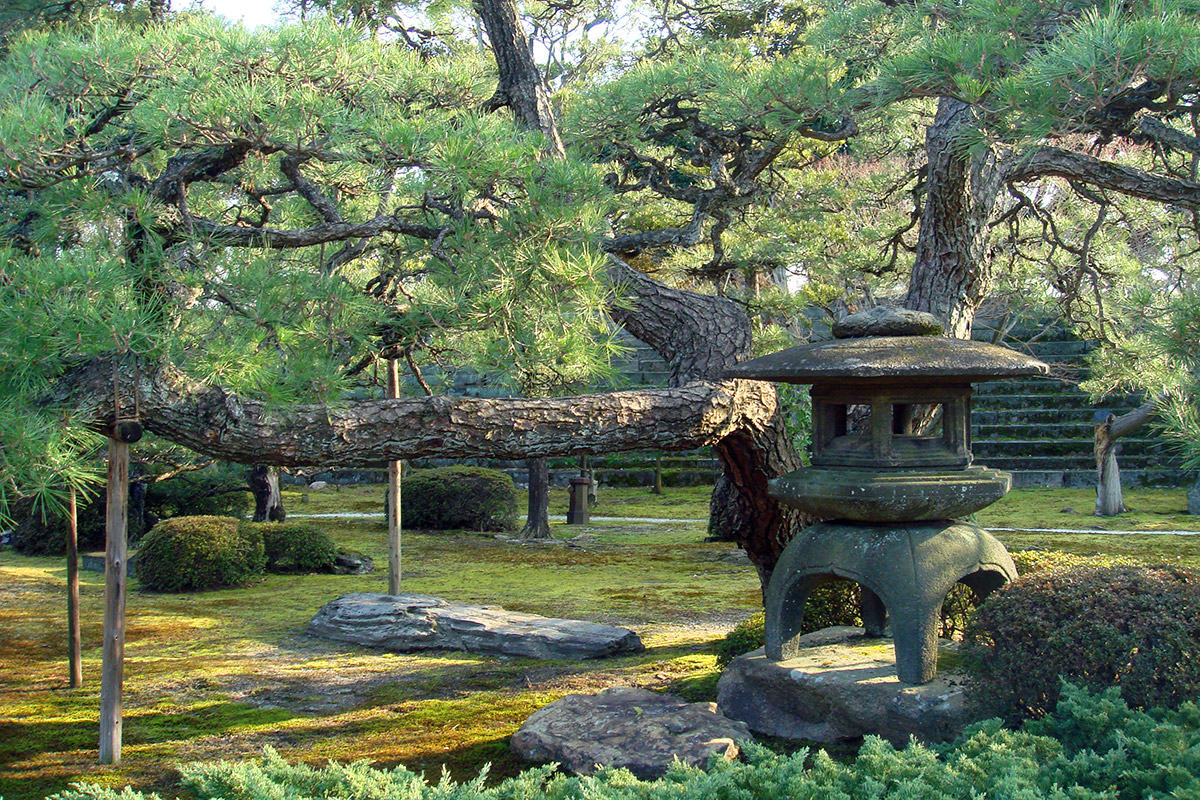 The pond of the Ninomaru Garden. 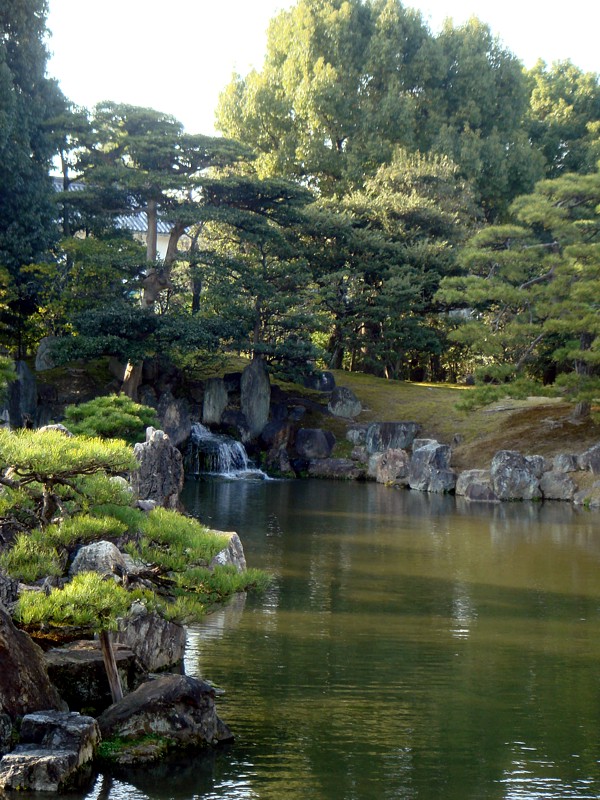 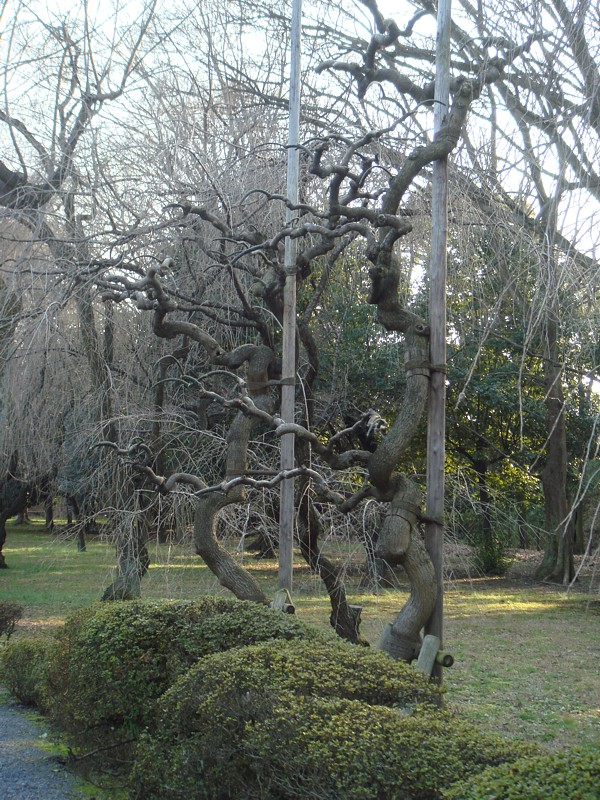