The Novodevichy Convent (New Nunnery or Maiden) is situated on the inner side of the horseshoe band of the Moskva-River near the Devichye (Maid's) field. The nunnery was called Novodevichy (New Maiden's) to differ from Ascension Nunnery, called Starodevichy (Old Maiden's). 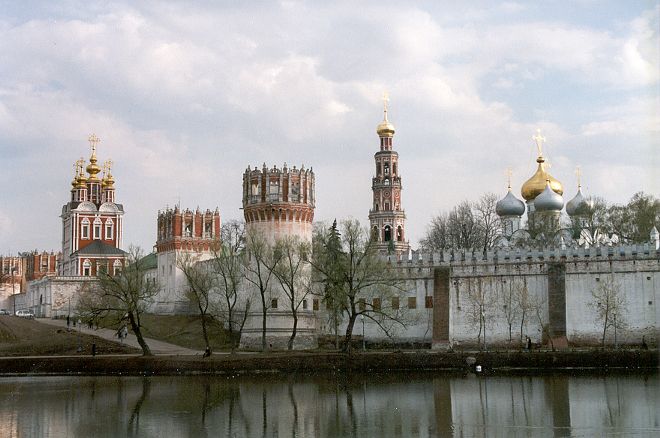 It was established in 1524 as a monument to the freeing of Smolensk (the main city on the way to the west, the city was freed from the Litva in 1514, who had captured the town as early as the beginning of the 15th century.) from Polish rule. 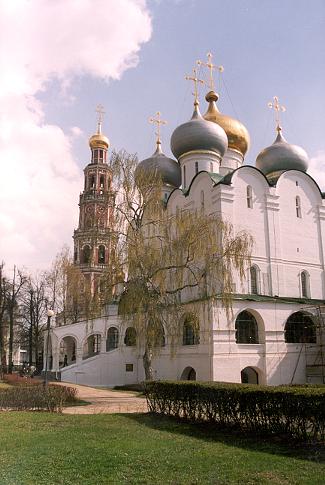 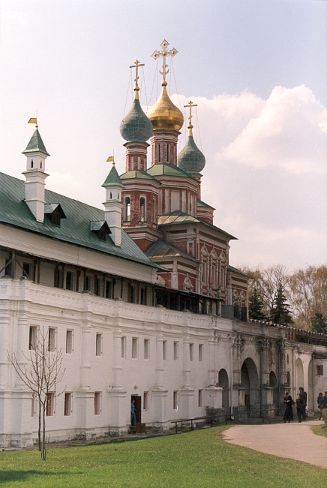 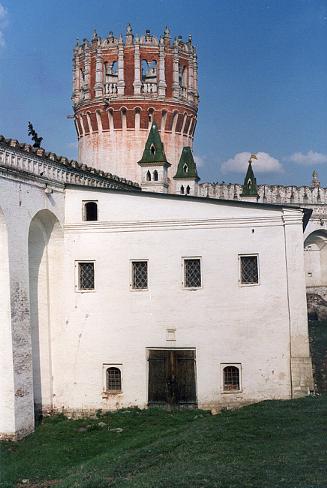 The walls and the towers were erected in the end of 16th century during the reign of Boris Godunov. The architects drew inspiration from the Kremlin and the Cathedral of the Assumption. Boris Godunov's sister and the wife of Tsar Fyodor Yvanovich Irina, all the sisters of Peter I consecrated nuns there. The first wife of Peter I Yeudoxie Lopukhina ended her life in the nunnery. 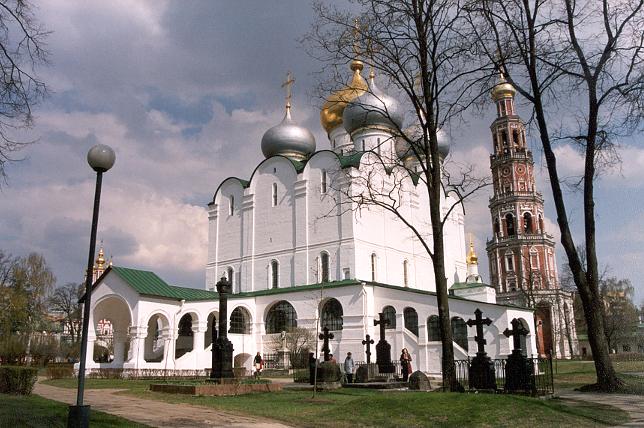 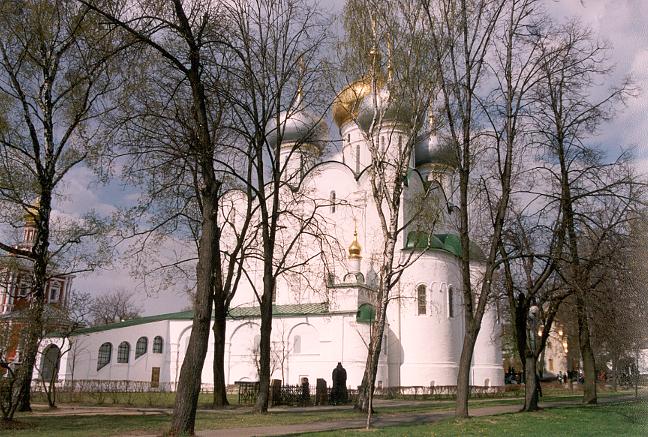 The oldest building pictured is the Smolensk (translated as mother of God) Cathedral (1524-25.) The prototype of this church was the Moscow Cathedral of the Assumption. Designed by Aristotle Fioravente, the construction of this monastery church architecturally demonstrated the importance of Moscow to the State. The imitation of the Kremlin Cathedral is evident in the similar division of the walls into vertical sections, in the architecture frieze with colonnades and in the cathedral's five domes. But this imitation was only superficial. The exterior of the Cathedral has a more soaring structure, and the interior pillars are square in plan, which increases number of the soaring lines. The frescoes and icons of the 16th and 17th centuries have been preserved to this day. 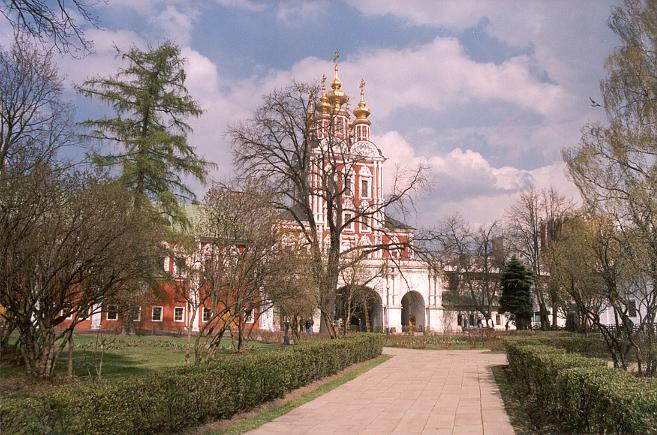 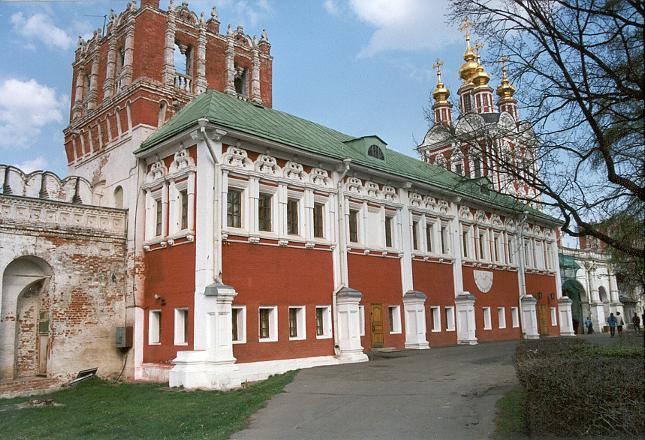 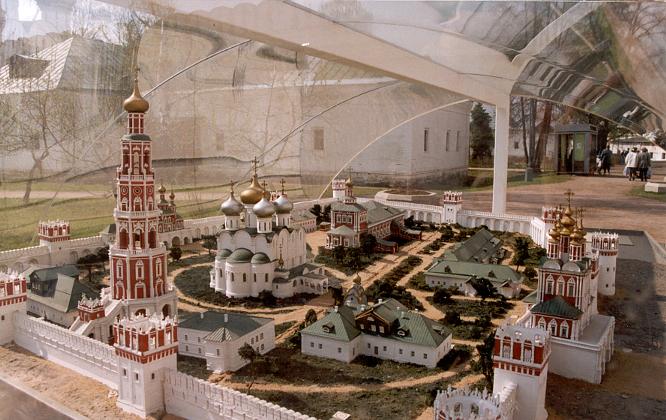 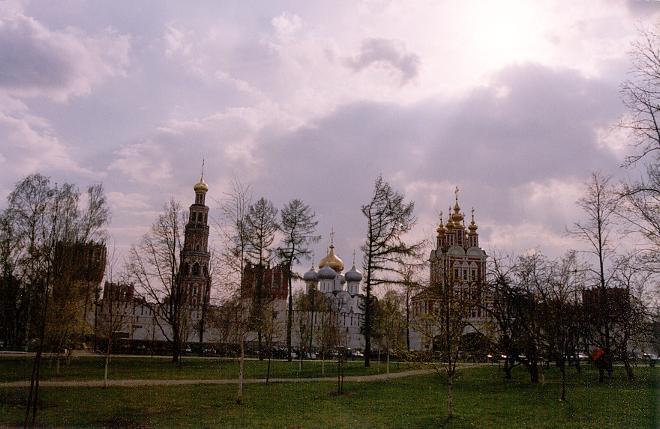 The Convent was part of the defense half-circle outside the city (Donskoy, Danilov, Simonov, Novospassky and Andronikov Monasteries). In 1922 the Nunnery was closed. Now it is a museum, but part of it used as Nunnery.