The Gate-Tower of the Nicolo-Korelsky monastery

The Gate-Tower was constructed in 1691–1692 at the Nicolo-Korelsky monastery which is situated on the shores of the White Sea. 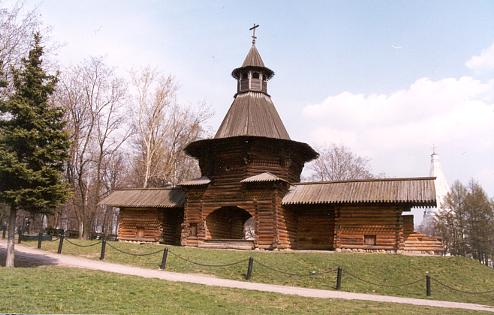 The circular bell-tower of St.George was built next to the Church of the Ascension by an unknown architect in the first half of the 16th century. 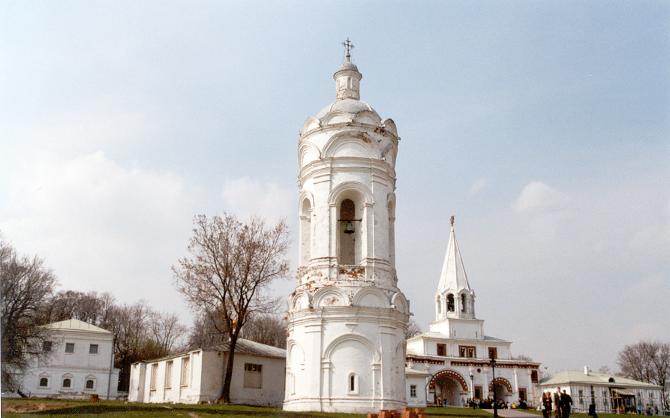 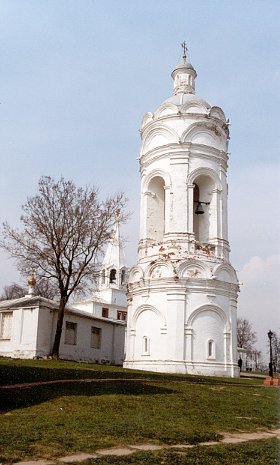 The Church of the Icon of Our Lady of Kazan

The Church of the Icon of Our Lady of Kazan (or the Kazan Church) built in 1644-1670's has survived to the present day. 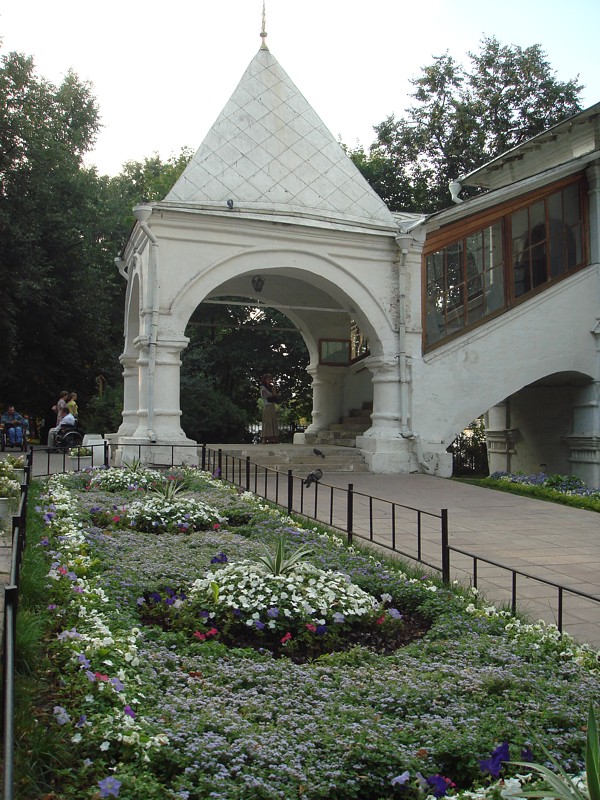 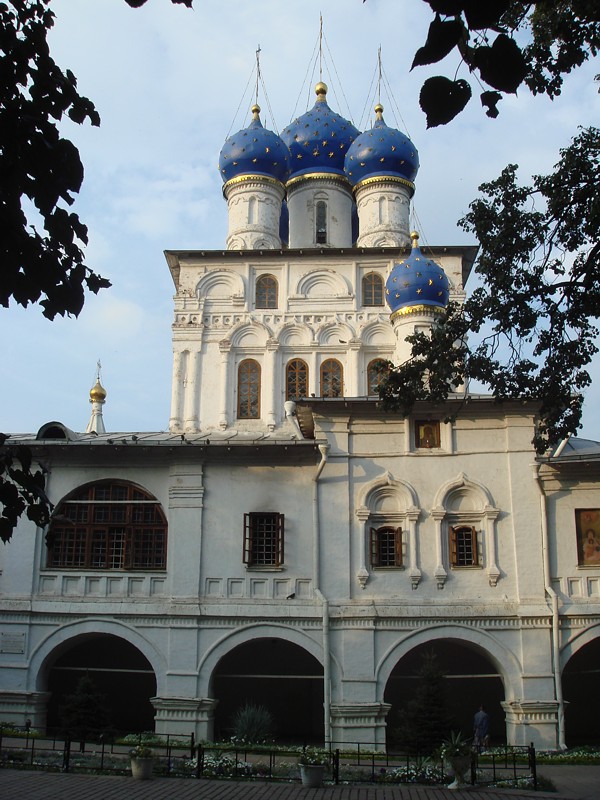 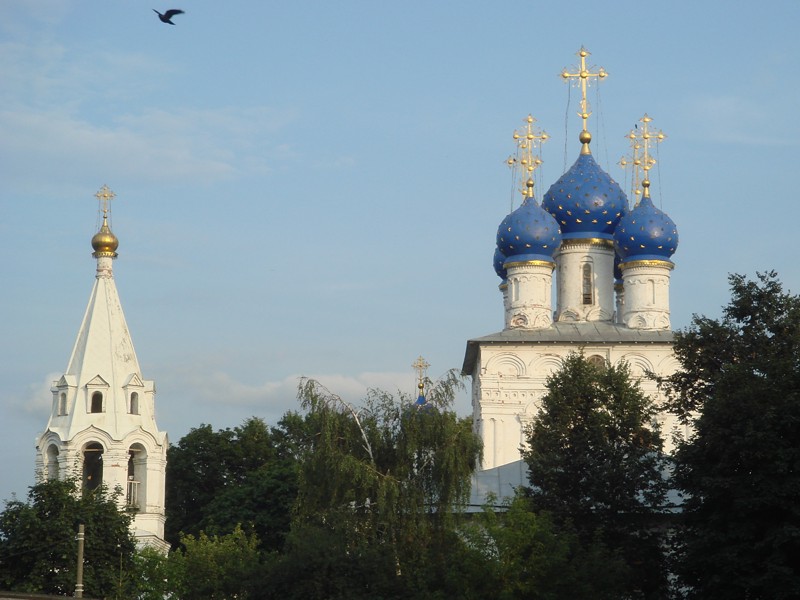 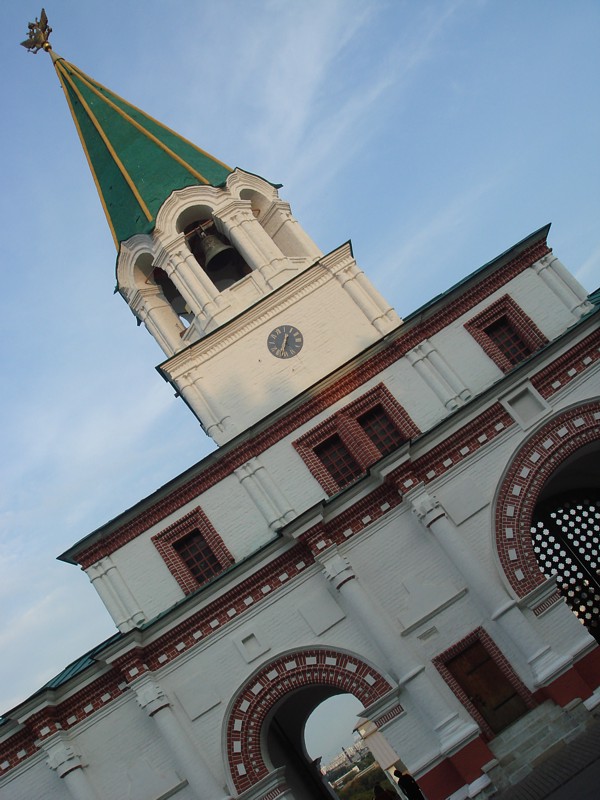 The Church of the Ascension 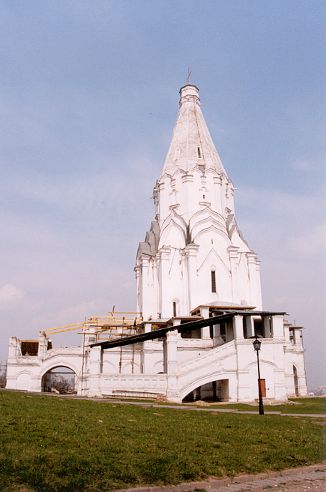 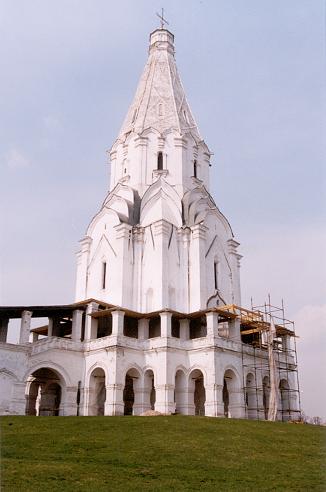 The Vodovzvodnaya Tower, constructed in the 1670's. 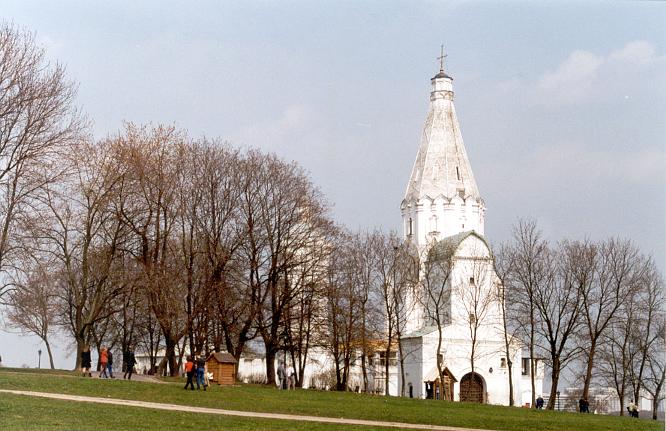 The landscape park with the Linden alley dated by XIXth. c. in the centre of Kolomenskoye is a lovely piece of garden architecture; and the alley of ancient oaks situated not far from "Sytny Dvor" (The place where the provisions were stored and dishes for the tsar's family were cooked) is the pride and joy of the museum.
Those ancient trees are as old as 400 to 600 years of age; they are the oldest in Moscow area. 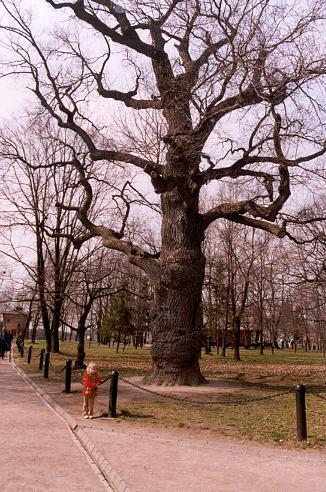