Kemerovo is located in the West Siberia, Russia :). It is the capital of the coal region called Kusbass. Kemerovo is my native town. 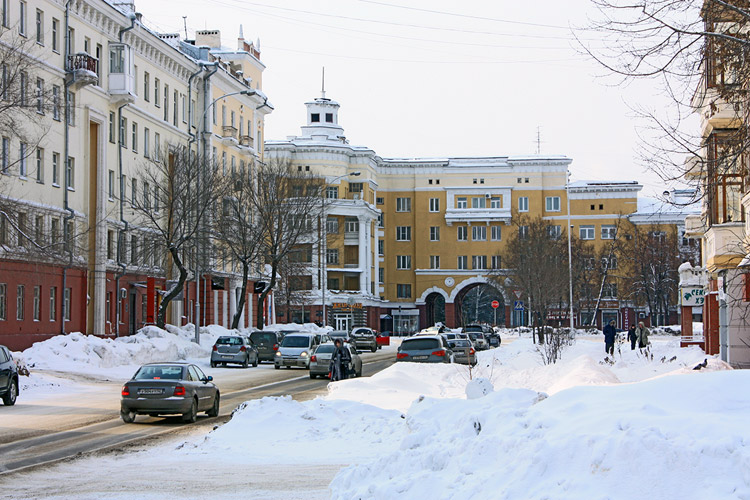 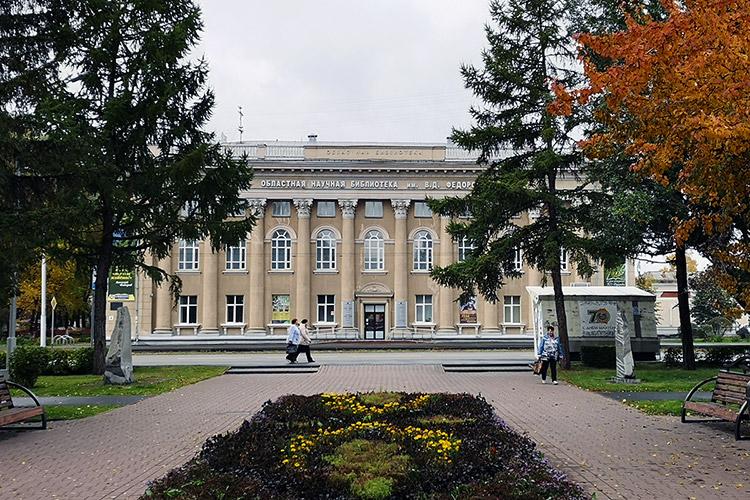 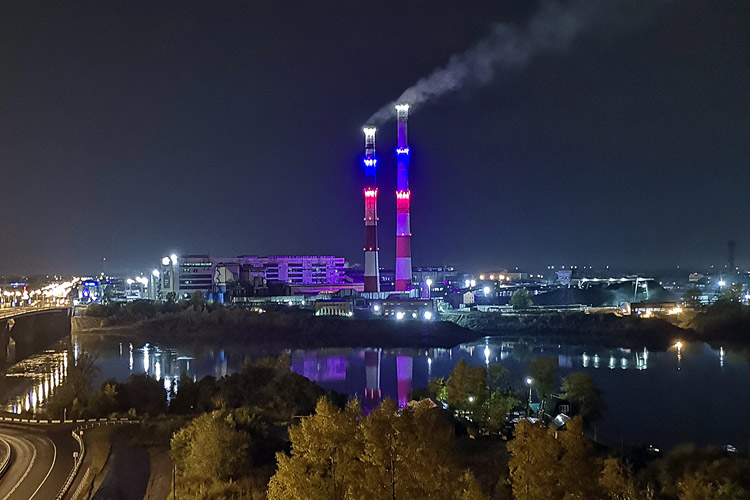 So let's start our short trip from the downtown. Funny fact: Lenin on the monument is wearing a lady's coat. :)

Traditionally Square of Soviets is decorated by ice sculptures in winter. 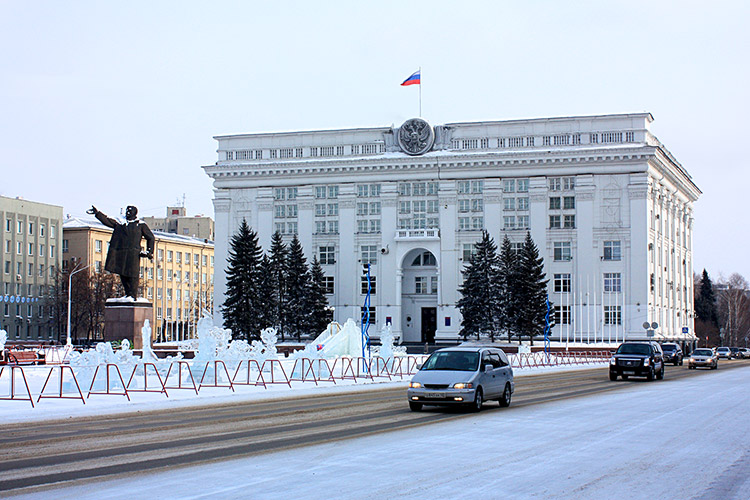 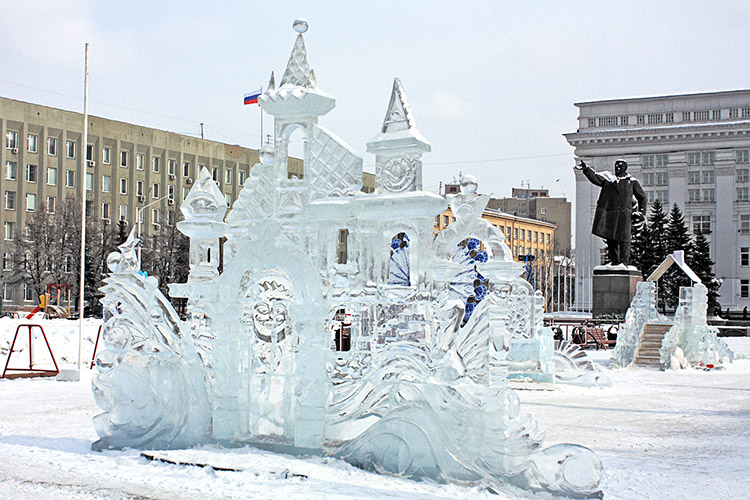 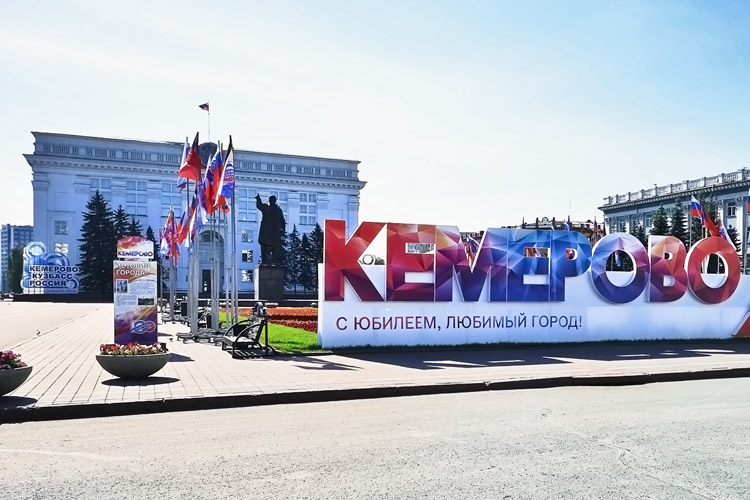 All three main buildings at Square of Soviets were built by the architect L.K. Moiseenko in 1950th. 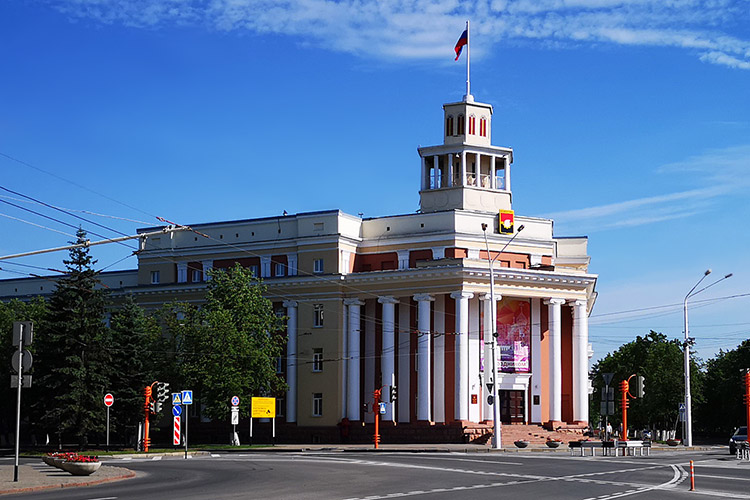 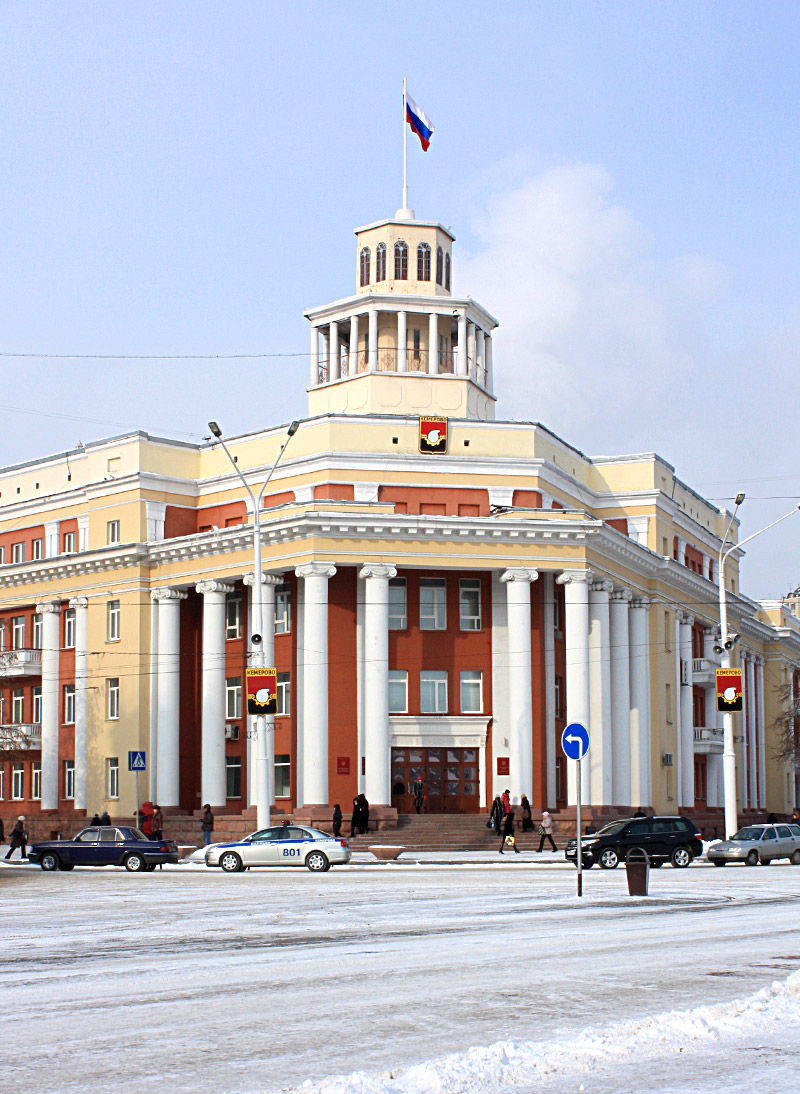 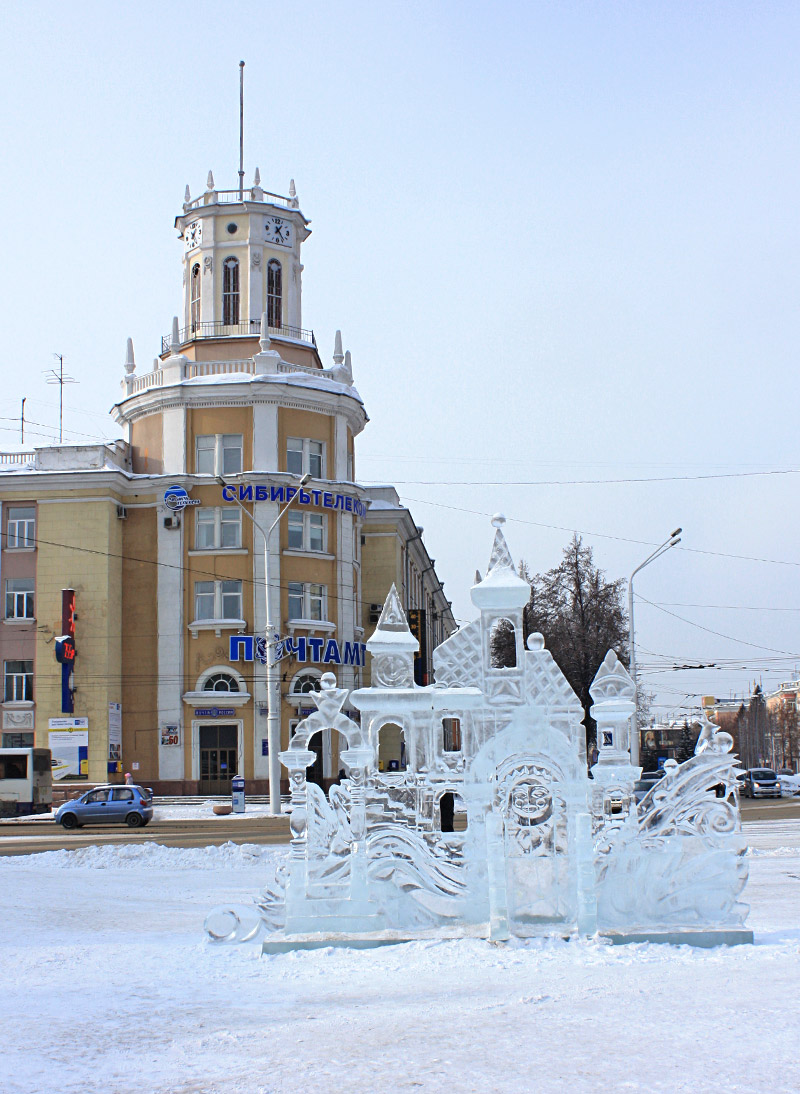 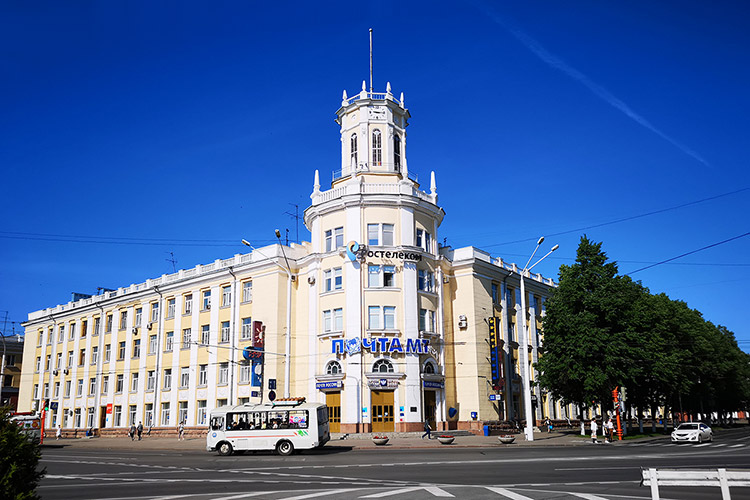 From Square of Soviets we are going to Pushkin's Square. If you are still in the foggiest who Mr. Pushkin is I must tell you he is the greatest Russian poet. 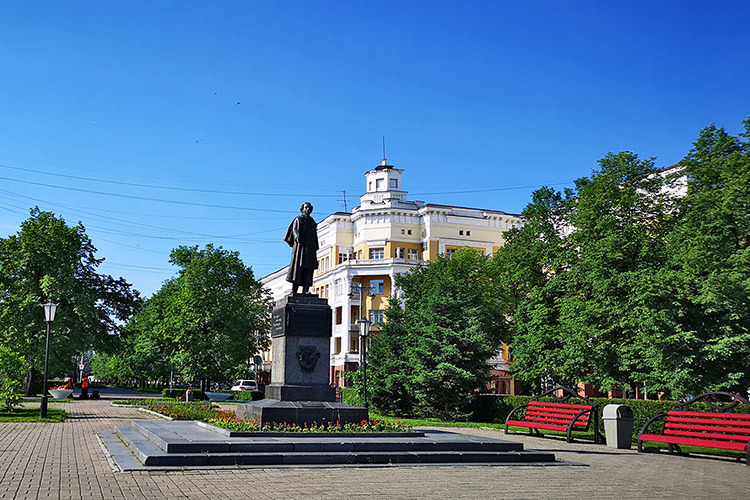 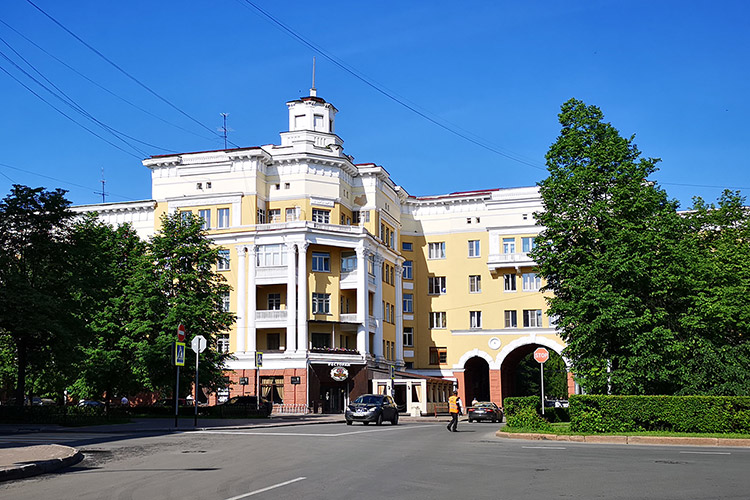 Since 1967 USSR used Molniya (meaning “lightning”) satellites to broadcast national Orbita television network. This is one of “Orbita” station. It's still working. 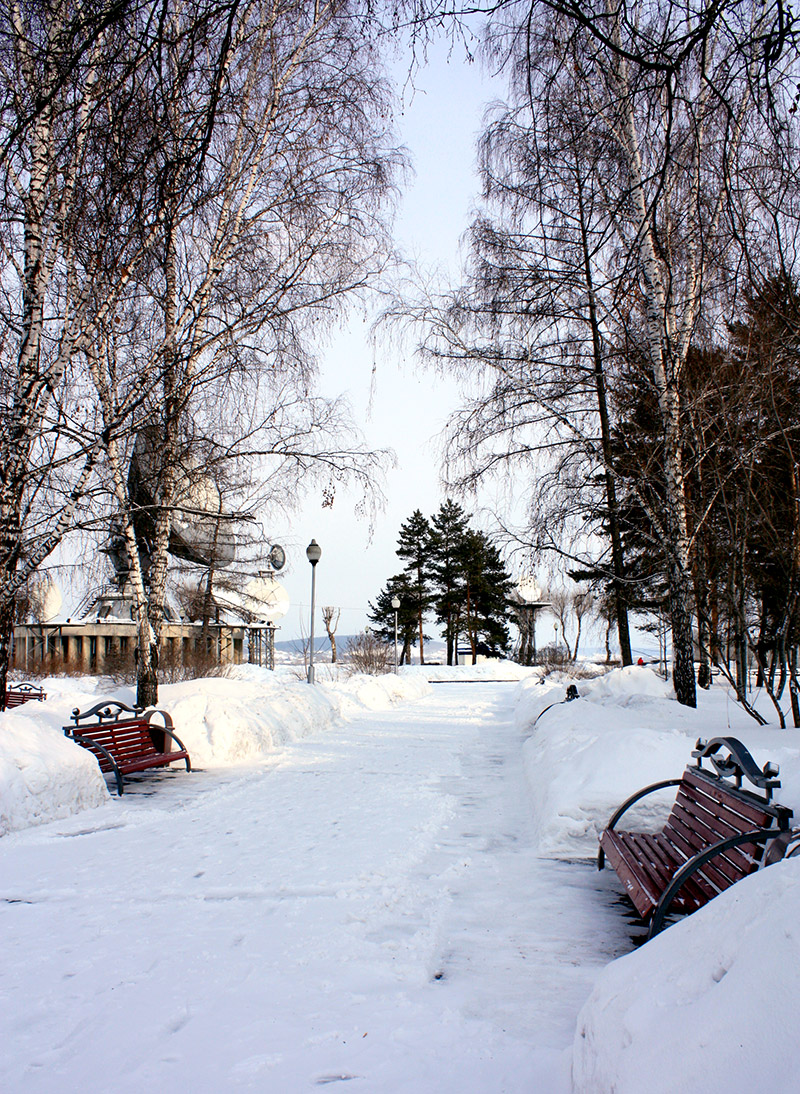 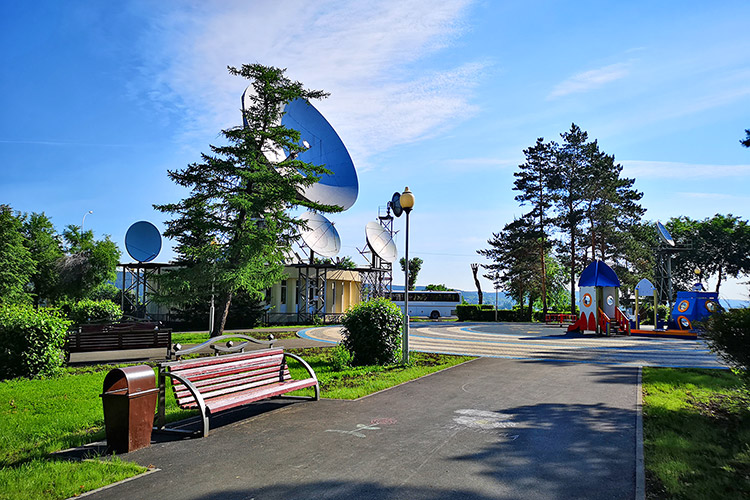 While searching for information about the Orbita I found out that there is an asteroid named after our town. 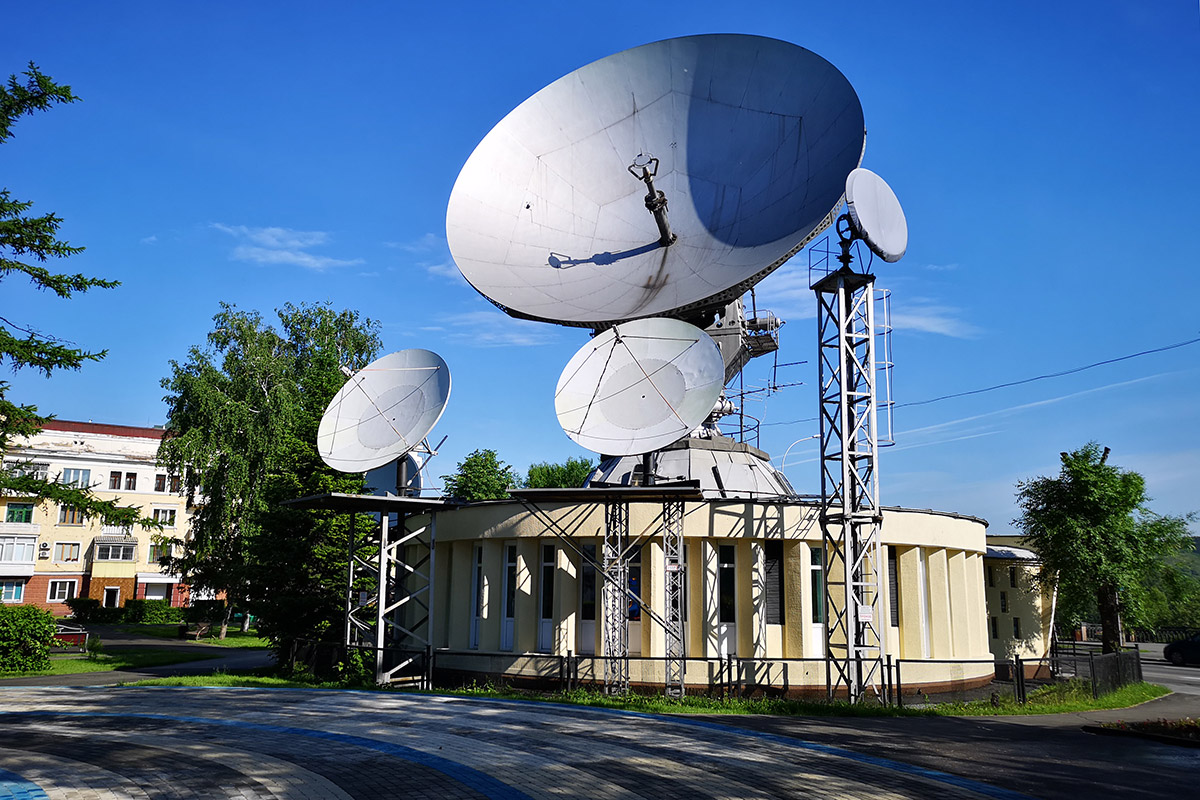 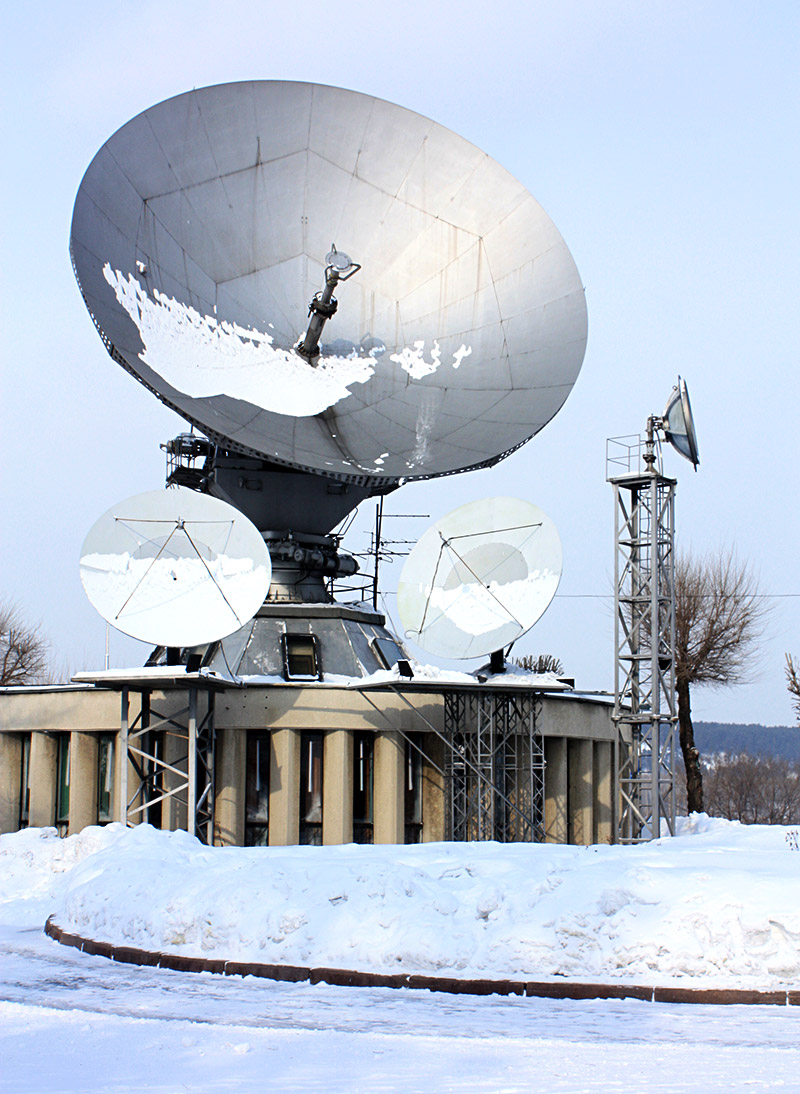 We are on the river Tom bank now. The embankment is very popular place for walking. 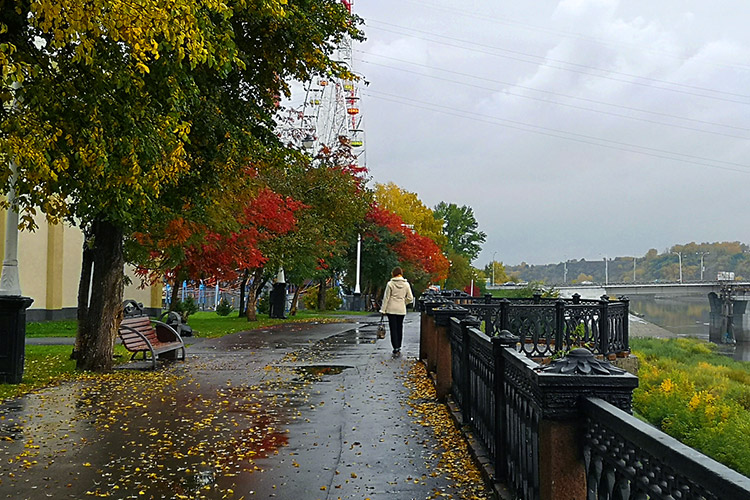 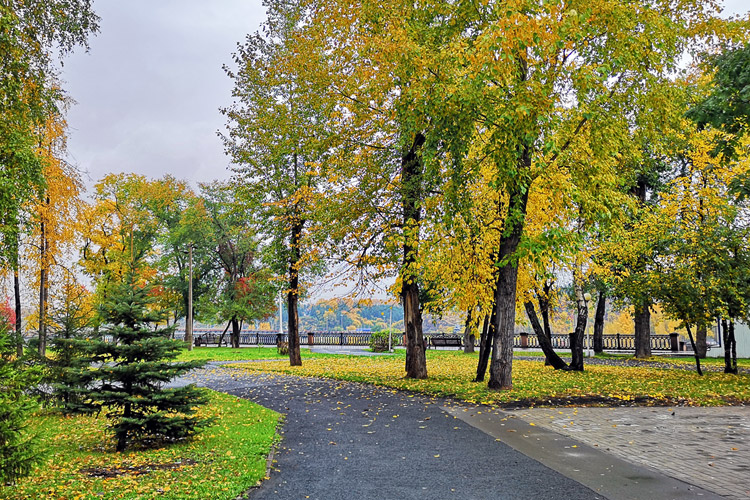 In the middle of the embankment you can see The eternal flame at the Monument to honour the heroes of the Great Patriotic War. People call it “file” because of its shape. Here the newly married couples lay a flowers on. And in my school years there was “the post number one”. Young Komsomol members were standing near the memorial armed and immobile even in nipping frost.

On the opposite bank of the river Tom you can see large yellow letter “Kuzbass”. The locals call them “our Hollywood”. 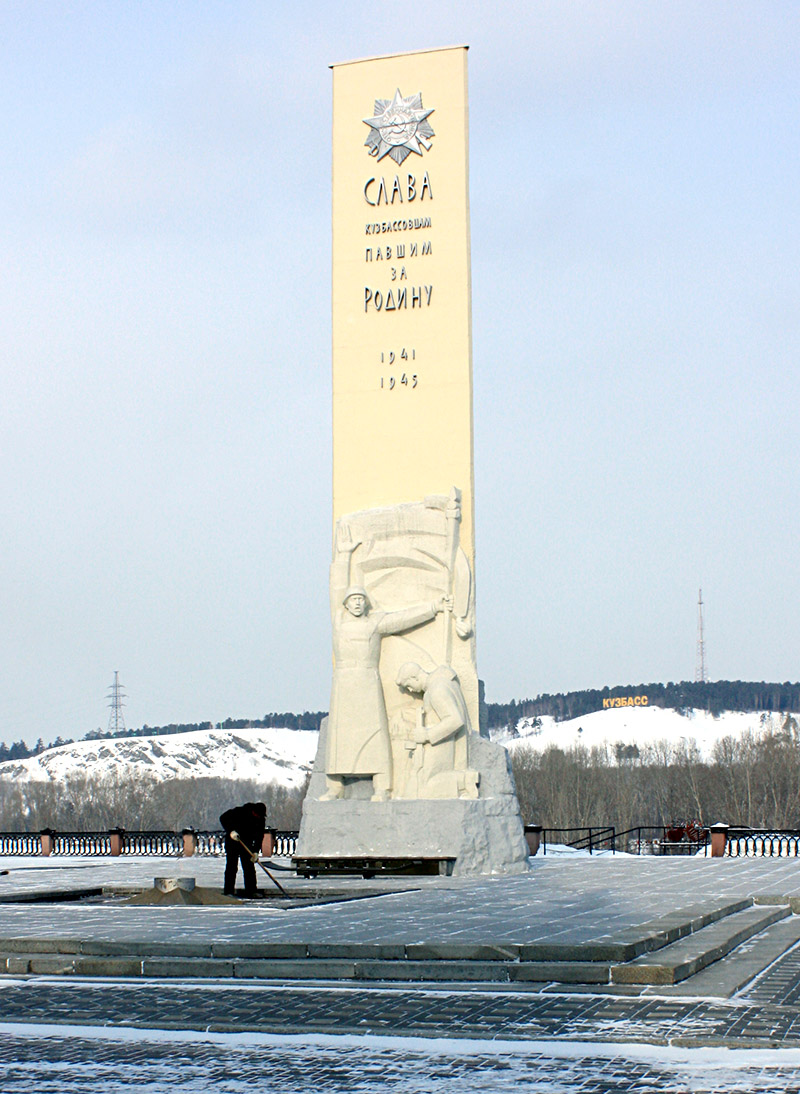 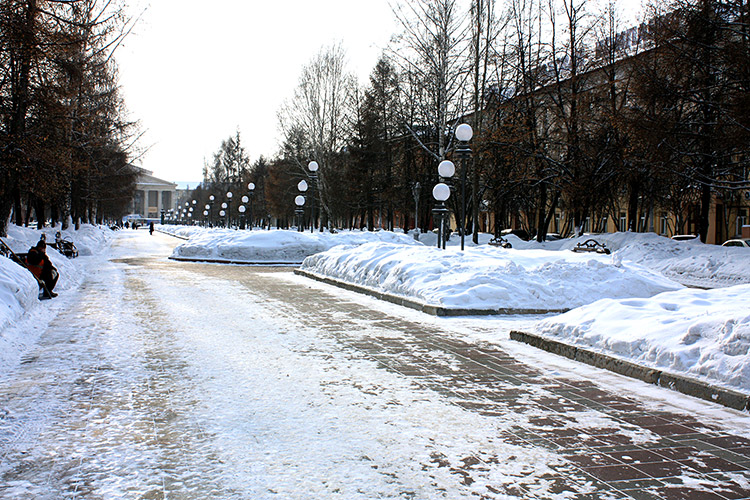 The square with a singing fountain is a favorite meeting place of Kemerovo residents. 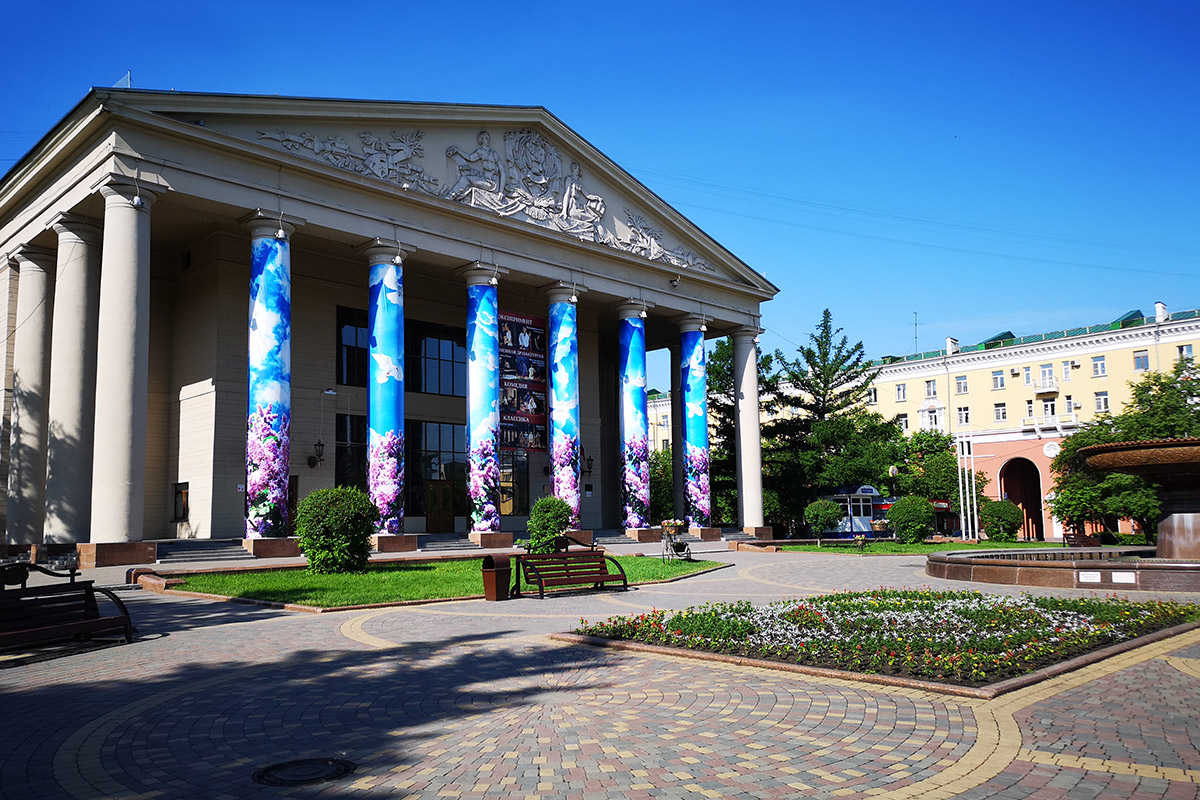 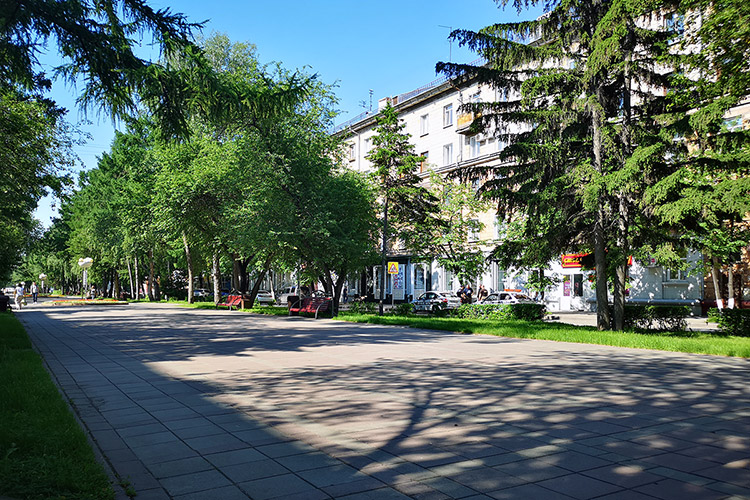 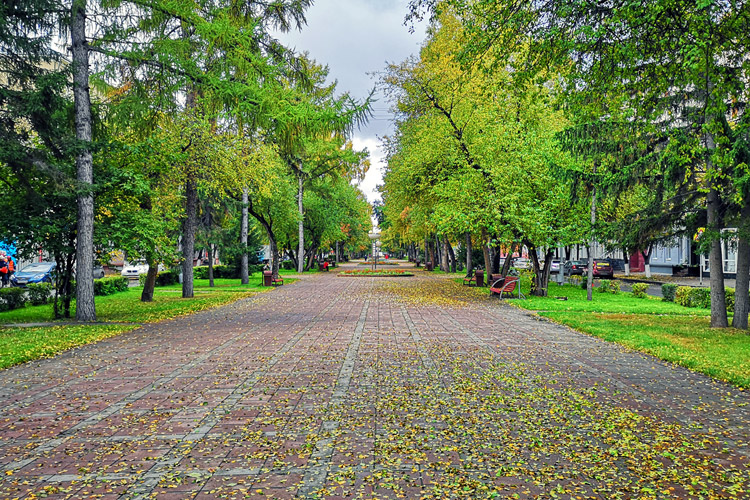 So it's the opposite edge of Vesennyaya avenue — the Volkov's Square. Michailo Volkov discovered coal here, in Kuzbass. His monument holds a coal stone. There is a student legend about this monument. It says that Volkov will fall a stone if a virgin graduates from the Polytechnic Institute. 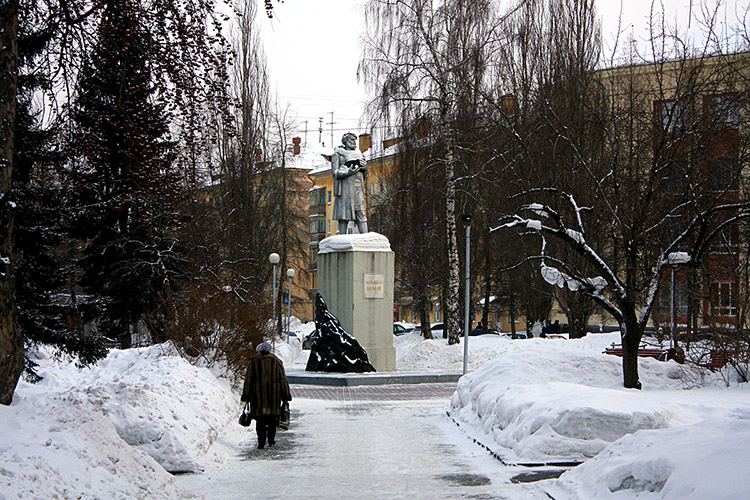 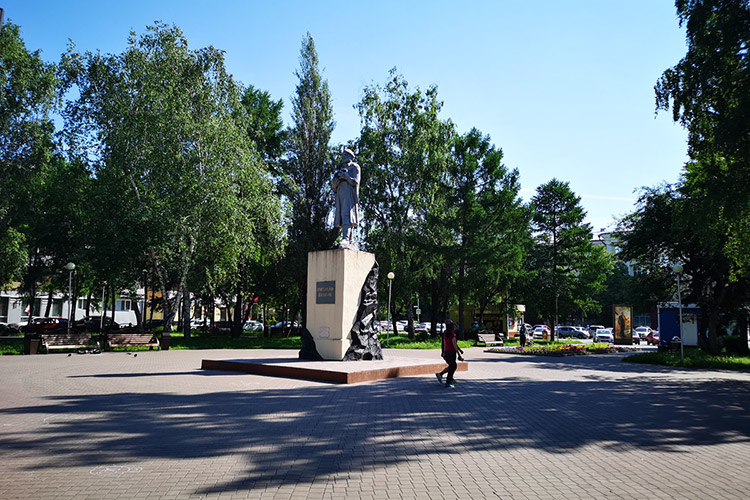 The distance between Kemerovo and Moscow is 3621 km. You will need 56 hours in order get Moscow by train. So, I recommend to flight. 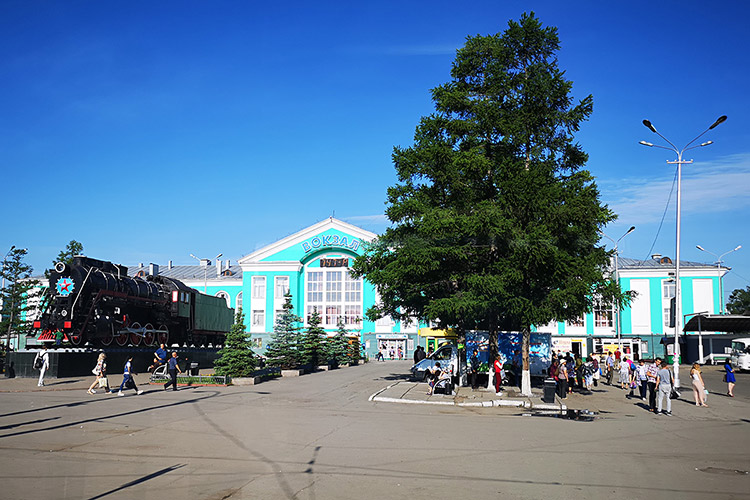 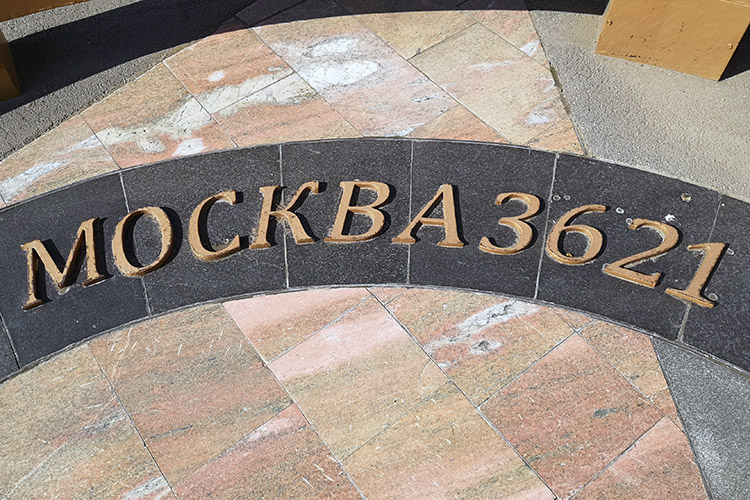